With a work reach that spans the continents, Atkins architecture practice clearly lives up to the title of the overall Global group of which it is part. Atkins is one of the world’s leading practices – indeed, it is formally listed among the top 100 firms employing 352 fully-qualified architects.

As befits such a big company, Atkins boasts a rich and high-profile history going back 78 years. In that time it has played its part in many iconic projects – not least being its involvement in the 2012 London Olympics.

What makes it such a major player? Basically, clients are attracted by its approach to architecture which Atkins believes is different because its architects are focused first and foremost on designing buildings that work for people. Architects at Atkins believe that good design can, and must, improve people’s lives.

As a multi-disciplinary company, it can provide a full range of services to support client project objectives.

As a result, Atkins’ claim is that no two of its buildings look or feel the same with its designs blending with the surrounding context, climate, and culture. Consequently, each geographical region has evolved an architectural identity of its own. For example, in the United States, the practice is diverse and recognises the profound impact of the built environment on our natural environment, health, economy, and productivity. In the Middle East, Atkins work is typified by towers and iconic structures such as the World Trade Center in Bahrain. In China, its projects use metaphors as in the flower-like so-called “Lotus Hotel” near Shanghai.

By contrast, its UK designs have to meet the challenges of buildings needing to be place-specific and where projects are often driven by sustainability issues.

The original company, WS Atkins and Partners, was established in 1938 by Sir William Atkins in London. In its early years the company specialised in civil and structural engineering design. After the Second World War, the services WS Atkins and Partners offered to clients grew to include specialist services in planning, engineering sciences, architecture and project management. In the 1990s Atkins made several significant acquisitions, then, after almost 60 years operating as a private company, the company was successfully floated on the London Stock Exchange in 1996. In 2009, Atkins was appointed as the official engineering design services provider for the 2012 London Olympics and in 2010 it linked up with the PBSJ Corporation.

It’s this breadth and scope that originally attracted Jason Speechly-Dick who, from his London office, is responsible for directing and managing design.

“At Atkins we have a depth of expertise in so many areas and it’s refreshing to feel part of a truly international organisation,” he tells me. “I feel empowered by the scale and depth of the organisation and this is what inspired me to join.”

What does Jason see as the Atkins ethos?

“We place the client’s needs and vision as the central focus of our approach to design,” he explains. “Our goal is to innovate, to be creative and design buildings that really work within our strikingly-diverse sectors that range from urban infrastructure, airports, civic and residential projects, to arts and cultural buildings. With this in mind, we have developed an ethos in our studio where designers from many cultures can freely engage with conversations on creative design.”

Jason has over 23 years’ experience in design and construction on diverse projects around the world and joined Atkins in May 2010. His creative approach to design has seen him work for leading architects such as Foster & Partners and Will Alsop on international projects such as the new Hong Kong Airport. Jason regularly teaches at both the Bartlett School of Architecture and the Architectural Association London.

To date, they have been involved in many significant projects at home and abroad. These include:

• Design for the Met Office in Exeter’s Science Park

• Design of the UK’s first proton beam therapy centre, Celtic Springs, Newport (to be featured in the Healthcare Special Report in the May issue of Architects Datafile)

Such a portfolio obviously points to an extremely busy practice having to deal with all the day-to-day issues that come with the scale of these projects. What, though, are the current challenges generally facing the industry?

“This is an unprecedented time for investment in infrastructure in the UK,” says Jason. “The challenge for us as architects is making sure we get the most from this investment and design buildings that, as our legacy, we must be proud of.”

Looking ahead, Jason believes the growth of our cities is the key to future prospects.

“We need to ensure we design our infrastructure so that cities remain great places for people to live in, to work and to play, no matter what their size or population. We have wonderful opportunities to add and to integrate contemporary architecture within the extraordinary fabric of our cities.”

So, these are both exciting and challenging times for the architects at Atkins wherever in the world they find their vision and innovative designs being sought. Sir William would be proud of the modern company that bears his name. 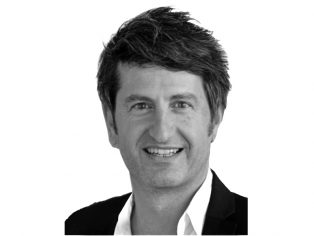