Sprinkler systems: How watertight are they?

The fire safety conversation is once again top of the agenda. With the recent five-year anniversary of the Grenfell disaster, and the Building Safety Bill receiving Royal Assent to become the Building Safety Act, it is time for the construction industry to be sure of its intentions. Crucially, it presents an opportunity to improve all areas of building fire safety – with no margin for error.

Clearly, fire safety isn’t at the level it should be – product and systems knowledge is patchy and current safety checks are lacking in consistency. Case in point are sprinkler systems, which we know can be an effective fire mitigation when deployed and maintained correctly, yet inspections are still desperately lacking.

According to the FPA, by law, in the UK only 20 sprinkler heads out of every 5,000 are required to be examined yet an estimated 40 million sprinklers are fitted worldwide each year. By comparison, in the U.S., all sprinkler heads have to be checked annually with additional monthly inspections.

It’s clear that current review processes aren’t enough and without a system of due diligence, we have no real idea of sprinkler performance nationwide in real-life incidents, potentially endangering thousands of lives.

Part of a wider solution
That isn’t to say that sprinkler systems can’t be effective – quite the opposite. Fire Safety Advice Centre statistics show that not a single person has died in the UK where a working sprinkler system has been present in a building. Research by The National Fire Chiefs Council (NFCC) shows that sprinklers are effective almost 100% of the time when helping to extinguish or control fires as well as prevent further damage. So long as they work.

Yet, despite their capabilities, we should err on the side of caution when positioning sprinklers as a ‘one-stop-shop’ for fire safety. Instead we should incorporate them as part of a broader mix of passive fire protection options, such as fire-resistant walls and floors and easily accessible escape routes.

There’s no doubt that sprinklers are a key part of fire protection but as we’ve seen, by current standards, evaluation assessments of sprinklers aren’t robust enough to rely on them entirely. In fact, the NFCC also reported over 1,000 ‘failures to operate’ in a corporate context from 2011 to 2016 and a recent U.S. study by the NFPA reported that 10% of sprinkler failures result from a lack of maintenance.

Being realistic
Realistically, in construction, we know that the bottom line strongly influences decisions. In the case of sprinkler systems, we have to be realistic. The cost of setup for infrastructure, supplying and maintaining high water pressures and energy for a functional system are high, although one would argue that’s more than worthwhile given the risk to life. However, there’s no getting around these cost implications being a deterrent when tight profit margins are involved.

They also present another problem – having sprinkler systems installed prevents the need for a deeper understanding of a more holistic approach – combining passive and active fire suppression. Good passive protection reduces or removes the need for active fire suppression. We know fire safety knowledge is worryingly deficient within the industry. As said above, passive protection, which helps contain or slow the spread of fire and active suppression, such as sprinklers, extinguishers and fire blankets, are key components. Yet uncertainty in what these terms even mean remains.

In one of our studies, we found that just over half of all architects couldn’t give an accurate definition of passive fire protection – ‘built-in’ fire protection. What’s more, 58% of architects were unable to explain what ‘reaction to fire’ is – a measure of flammability. Almost three-quarters (71%) were unable to define fire resistance – the ability of products and technologies to resist and prevent the spread of fire.

Hindering innovation
Reducing reliance on sprinkler systems will also help drive innovation – allowing room for further, less expensive solutions. That isn’t to say we should abandon sprinkler systems entirely. If they are fully operational, they’re incredibly effective but they do require proper maintenance.  Therefore we need to introduce a mindset where they are seen as a piece of a wider puzzle, complimenting other fire safety strategies rather than relying on them as an absolute.

By creating this culture, we can avoid contractors and developers treating fire safety as a mere box ticking exercise in order to try to lower costs. Understanding the full lifecycle of products and how systems can work in conjunction with one another is a step in the right direction to a safer future – but as it stands, we have some way to go. 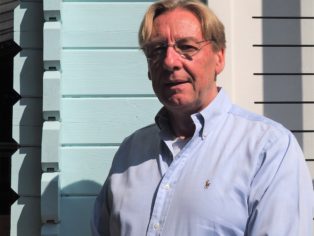