Architect and professor Fabrizio Rossi Prodi offers five principles for creating residential developments with rich and diverse opportunities for social interaction as well as a distinctive character, with a particular focus on social housing.

A research project on social housing and new residential neighbourhoods across Europe helped me to learn a few lessons and form some ideas that I wrote down in a book (Arbitare Sociale – Social Housing, published in 2014) and tested in real projects, such as via Cenni in Milan, and Teramo, also in Italy (illustrated below). I saw these ideas as a new ‘humanistic’ approach to architecture and especially to urban, common space.

The first issue deals with the city and its values. New residential settlements do not respond exclusively to a constructive or functional logic, they are not just a piling up of economical box-shaped structures, and most of all they do not stand in isolation. They require the construction of a piece of urban fabric and owe a respect to the city’s existing compositional principles and rules: its morphological typologies, systems of mass and emptiness, scales and measures of the existing urban fabric and the social flows and systems of relationships. In short, they attempt to rediscover the profound identity of place, however ‘suburban decay’ can be the existing local situation, ie architectural and social decay, and absence of urban quality.

So, whether the construction is in an area of suburban decay or simply in the outskirts of a town, the source for identity of architectural and urban space – required to be transplanted into new settlements – is actually to be sought further away, sometimes in the character of city centres, or in the forms of landscape patterns, or even in new proposals of clustering.

Identity can be found not only in the physical forms of the fabric itself, but also in the cultural expressions and in the spirit of the community. This is the task at hand: not just to build boxes or to sculpt a volume, but to create a scenario that can highlight the values of a community or help to create one through the design of fragments of urban fabrics and their open spaces. Nowadays, instead of volumes, our design tool is outdoor space and voids that have to be conceived, arranged and connected; the design of new facades and masses is not a goal in itself, it is rather a means to shape urban space and to conceive its life.

In a way, the ‘street’ pattern can be seen as the key concept for a humanistic development that goes beyond the usual two dimensional drawings, and conjures space with the third dimension of facades, volumes and voids, and even a fourth dimension (time), conceiving people as they and move in space at different hours of the day and in different seasons for a variety of functions and groups. Contemporary design through 3D modelling and advances in virtual reality enables the architect to envision, control and experience the future shape of dwellings and neighborhoods in movement and in time.

2. Shifting the boundaries between private and public

After three decades of retreat, a devolution of value from the private to the communal sphere is under way. Even the focus of contemporary architectural debate is shifting from the linguistic exploration of morphology and its architectural formal characteristics to the design of communal places and spaces. The design of public space and urban voids looks at sidewalks and areas

delimited by walls or views framed by masses, landmarks and various systems of landscapes; in other words it is concerned with a variety of elements and functions that influence spatial experience and social practice.

Thus expressions such as semi-private, semi-public and especially ‘in-between spaces’ are in use today: these places are at the same time neither completely public nor completely private and are suited to non-institutionalised socialisation. There must be a soft shift from the public domain to these other domains. The task is that of designing a map of behaviour, populated with different zones scaled to fit certain experiences.

The spaces should be well placed, well sized and connected to functions and movement, in order to avoid their being rejected and degraded.  This assumption is realised in new developments, especially in tighter sites where, in order to create this stream of common and in-between places and transitions, traditional closed blocks are often opened up though maintaining recognisable urban shapes.

3. Sustainability beyond the building

Further suggestions come from a long period of hermeneutics, weak thought and postmodernism which is now in decline and in its wake a renewed attention for reality and its problems has arisen including the need to value and protect our resources. The design consideration now is for construction materials, energy saving, and lifestyles.

Far from the excesses and idolisation of greenery, sustainability must not be confused simply with that of the project alone. On the contrary, the first goal of sustainability lies in a balanced project that fosters quality in architecture and the urban realm –  in designing pieces of urban fabric that are liveable and dignified. As a consequence, some architects are designing experimentally with timber and new materials, others with green roofs, re-use, shading systems and geothermal energy. Ventilation chimneys are back, as well as the principles of good orientation. Even in the urban design of masses and voids designers let themselves be guided by natural influences such as winds and solar exposure, shadow and noise whilst taking care not to unsettle the continuity of the fabric – the morphology of the places themselves.

Good architects have rediscovered that systems of loggias, terraces and greenhouses constitute an environmental safeguard which controls the internal micro-climate.  And now we acknowledge that many of these solutions were are part of the cultural heritage of good design and construction methods that have belonged to our regional traditions since ancient times.

As a consequence a new residential landscape is arising with a mixed functionality, varied housing typology and a spatial, functional and distributive design that transforms it into opportunities for life and social encounters.

These new residential developments incorporate a variety of activities such as shops, offices, workshops, service providers and semi-public spaces and move beyond the ghettos of mono-functional culture.  Functions such as a social housing administrator, common living-rooms and kitchens, workshops, community gardens, and play and sports areas create opportunities for developing community spirit.

A variety in dwelling types generates an architectural vitality accommodating different family typologies that are ever more common today: one parent  families, cohousing groups, student communities, single or elderly persons and allows for flexibility in time. Today’s city dwellers expect a higher quality of life, therefore as designers we are forced to change the approach from providing housing as a product to considering it a service.

Well beyond drawing beautiful forms, the architect’s main task has thus become to design places that help personal and social life and which foster values such as humanity and domesticity. Moreover, design can’t focus only on flats and outdoor spaces; for a successful neighborhood we need to actually design a community, envision its members and groups, their service-systems and places – in short help to develop the life of the community.

5. Only a dialogue of various disciplines helps a project to thrive

This implies the need to explore different fields, causing them to react and discover new syntheses and new paradigms in the short-circuit between different approaches and topics. We must make all the elements on the production chain work and design together: those dealing with finances, social research, planning, spatial dynamics, design, technology, sustainability, construction, social planning and housing management. Combining these will be key to the built environment supporting further advance in building neighbourhoods and social housing. . 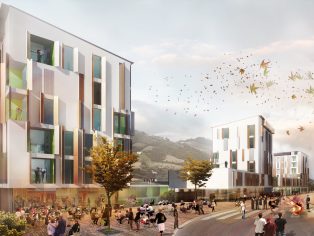 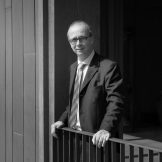