With a pragmatic approach and a retail pedigree Saunders is broadening its horizons, with a newfound focus on the residential sector. Sébastien Reed spoke to the firm’s Martin Williams to find out more

Saunders was established 30 years ago by founder Cliff Saunders who set up the first studio in Welwyn Garden City, Hertfordshire. Recognising the need for a national presence, the mid-2000s saw the then well-established practice grow into what is now an 80-strong operation with studios throughout the UK, spanning Manchester, Bristol and London. Initially putting its focus on the retail sector – with a large portion of its work coming from designing new and transforming existing Tesco stores – the practice has diversified, broadening its reach across numerous typologies.

Martin Williams, managing director, tells ADF that retail remains at the core of the firm’s strengths: “Despite moving our attention to other areas of business,” says Williams, “we still are at the top of our game when it comes to retail and frequently lend our knowledge on the future of the sector to our clients.”

Retail: from boom to crunch

“Back in the mid-2000s, we anticipated the demand for environmentally friendly retail buildings,” explains Williams. “We worked closely with the main contractor to deliver the world’s first zero-carbon store in Cambridgeshire for Tesco.” The store, which was completed in 2010, proposed a model for a cleaner type of large-scale retail building, with a number of eco-friendly features such as a timber-frame, skylights and sun pipes to cut lighting costs, and a combined heat and power plant powered by biofuels. Such features are now used by a wide range of retailers around the country.

Saunders’ business landscape has changed considerably in the past decade due to the recession and technology causing “a seismic shift in people’s shopping habits.” As a result, Saunders saw a huge reduction in demand from food retailers. In 2012, Saunders was at the number two spot among UK firms based on contracts awarded within the food retail sector. However as the demand for new stores took a nosedive, Saunders had to adapt and evolve.

Redeploying staff skills in another field entirely, Saunders has successfully repositioned itself as a player in the residential sector, with clients including Barratt Homes, Cala Homes and Crest Nicholson, as well as making moves in sectors such as education, industrial, office and retirement. In addition, the firm continues to develop its marketing and PR, investing in training, and employing new staff with the skills needed to deliver on this new, wider agenda.

Earlier this year, Saunders joined The 5 per cent Club, an industry-led initiative promoting ‘earn-and-learn’ opportunities. Williams comments: “The goal is that 5 per cent of our total workforce will be made up of apprentices, graduates and sponsored students – this is a public commitment that consolidates a practice that we’ve employed for a number of years now.”

While some architects are happy to work within the confines of a brief, Saunders feel that challenging a brief, especially where there are evident opportunities, can unearth the best solution. “This could mean identifying opportunities to reduce cost or add value, to create a better building, to improve or simplify the construction, or to improve chances of planning approval,” Williams elaborates.

“Pragmatism” is a watchword for Saunders’ approach to any project, believing that while good design makes great buildings, they can only be great if they work for the people who are going to use them. “There is no point drawing an amazing roof line if it’s going to leak or if it’s not going to give the client the optimum space for their needs,” says Williams. He adds: “This ethos embodies how Saunders approaches projects and it’s exemplified by our considered planning and delivery services.”

Saunders’ five directors, and 14 associate and senior associate directors leading their respective teams, include architects who have worked at the practice since its inception. “We believe that promoting from within allows senior staff to be better managers,” explains Williams. Three members have been with the firm since 1989, nearly a quarter of employees have worked there for over 10 years, and 8 per cent for over 20 years – “our youngest team member wasn’t even born until 12 years after our longest-serving employee started!”

Williams illustrates Saunders’ adeptness in “using creativity to inspire and realise opportunities from challenges” with the example of a recent project – Brandon House in Southwark, London (see photo opposite). The site was bought by Crest Nicholson with full planning permission, gained after a lengthy process due to the sensitive nature of the site. The client felt that the internal arrangement could be improved but was not keen to resubmit a planning application, so wanted to ensure the external appearance remained largely as the consented scheme.

Williams continues: “We maintained the high quality facade facing Borough tube station while improving internal residential layouts, rationalising distribution of tenures and increasing the size of dwellings, and rationalising and reducing the number of access cores using latest ventilation and fire standards.” He adds: “This redesign resulted in reduced costs to the client as on one block two access cores were reduced to one, including the elimination of a lift core.”

More flexible retail space with an increased floor area on the ground floor, and redesigning 15 per cent of the dwellings on upper floors from studios to one bed flats, all contributed to increased sales revenue for the client. In addition, rationalised and reduced basement sizes lowered costs and eliminated complex issues surrounding local archaeology.

Harnessing its strengths of collaboration and coordination, Saunders have invested in BIM since 2009. Williams observes an increase in the number of clients who make BIM a prerequisite for tendering for work, particularly since BIM Level 2 became mandatory on Government-procured schemes in 2016. The pragmatism is evident here, as Williams notes: “We evaluate each project that comes into the office to decide if it would be more efficiently created with BIM, regardless whether the client requires it.”

Williams sums up Saunders’ outlook for the future: “To continue to grow our business while offering excellent designs and pragmatic solutions.” Retail still forms 17 per cent of turnover (in figures from the last financial year) – as is residential work. However, targeting other sectors such as industrial, education and commercial projects and focusing its efforts in these sectors has seen such work increase significantly in the previous 12 months.

As the firm blows out the candles on its 30th birthday cake, the retirement living sector is firmly in Saunders’ sights, in the context of the current demographic climate where the UK’s aging population is demanding ways to live independently for as long as possible. Williams says it is “very keen” to increase work in the extra care sector which provides owner-occupied, self-contained housing, often with additional facilities such as nursing assistance within units or nearby.

As in other areas, this go-getting practice is “continuing to develop the necessary skills to meet the challenges; employing architects with the relevant experience to understand the market and ultimately, win more work.” 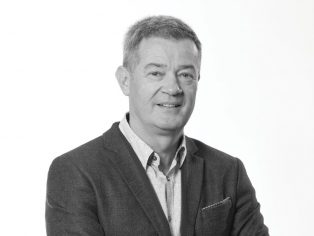