Norman Hayden calls on architect Chapman Taylor which has been on an international journey, starting at Scotland Yard.

The Metropolitan Police headquarters at New Scotland Yard, central London is one of the most recognisable buildings in the country.

With its famous triangular revolving sign, it is a daily sight for Londoners and tourists as well as a landmark watched by millions of TV viewers across the world when a major crime story breaks.

This project was awarded to the three founding partners of architectural firm Chapman Taylor – Bob Chapman, John Taylor and Jane Durham – in 1959 as a first commission on an unprecedented scale, and one that prompted them to form the architectural practice.

From a planning perspective, the project achieved acclaim for the successful placing of rectangular office buildings into the challenging triangular site on Victoria Street, Westminster.

New Scotland Yard has marked the start of a journey for the firm, which has since then become a global leader in the design of creative and successful places and spaces.

In its early years, Chapman Taylor developed a reputation for designing many prestigious office and residential developments in Central London, as well as working on the masterplanning of some major London estates.

In the 1970s, Chapman Taylor was at the forefront of the dramatic expansion of the retail sector in the UK and designed the majority of the shopping centres built at the time.

In the early 1990s, it commenced its growth internationally and opened its first design studios in mainland Europe.

The company boasts a multi-national team of architects, interior designers and graphic designers, who specialise mainly in retail, mixed use, residential, office, hospitality and transportation work. The UK and international concept design teams are also based in London and its design portfolio includes some of the UK’s largest and most complex design-and-build developments.

Chapman Taylor made a strategic decision to widen its reach in the UK by opening regional offices in Bristol and Manchester so that work could be planned and delivered by local staff that can understand the regional conditions. For example, Manchester staff handled the multi-million pound Media City UK in Salford, while the Bristol team looked after projects throughout the southwest.

At the Paddington headquarters in London, two of the four equity partners, Adrian Griffiths and Chris Lanksbury, discuss  the firm’s remarkable journey.

Adrian joined the company in 1986 and became a partner in 1996. He oversees the UK projects – typically complex, mixed-use, masterplan schemes. Adrian insists:

“I consider myself both an architect and an urban designer and it’s my passion to blend both of those skills.”

“Historically, we are lucky to have had some clients who have been prepared to push the boundaries.” He sees the Princesshay project in Exeter – as a good example of a well-integrated mixed-use scheme that also demonstrates Chapman Taylor’s ability to collaborate with other architects.

Chris arrived in 1979 and for the past 20 years been building the international business, which includes eight wholly-owned companies across Europe. He is still involved in concept design, despite travelling widely, in a bid to spot growth possibilities. Chris says:

“A key aspect of my job is to tie together the various offices – which are conceived and delivered in individual countries – into one Group business.”

Surveying the international portfolio, he adds:

“Every country has its own culture and they are all very different. This brings a great variety to our work. We very much respect the environment of where we work in its context.”

Typifying the work, Chris feels, is the Techpark in Balzano, north Italy – a  highly ecological project and part of an industrial heritage. In addition, he points to larger schemes in China, such as the Global100 Theme Park, and the Altstadtquartier development in Aachen, Germany.

What do they think is Chapman Taylor’s distinct qualities?

“We don’t have a fixed architecture style,” explains Adrian. “It is part of Chapman Taylor culture to encourage our staff to work to the best of their skills. Ultimately, we are architects who work for commercial clients whose buildings have to work for them financially.”

“We don’t go to projects with preconceptions. We work with the client to create the buildings. In Britain, we have had a leading edge on urban regeneration and how to create an integrated mix of uses. We believe it has improved our city centres. We want to give the client and the community something that will be valued. We want to be respected by the client for the product we produce right across the board. I would say that this is like a traditional architectural role in a modern world.”

In terms of the challenges today, Adrian highlights two things. “Firstly, projects are so much bigger today. When you are doing a huge masterplan in one go, getting some natural variety into it is very important. Secondly, on the economic front, there has been a slight stagnation in the market, which has not fully recovered from the global recession in 2008, and this may continue. Being  competitive in such a market is challenging.”

However, Chris strikes a positive note in the end.

“Although we are not masters of the economic framework, architects have always worked in a fluctuating business environment. I am generally positive, particularly as we are now seeing more quality in buildings from concept through to construction.”

It seems that, like the Scotland Yard triangle, Chapman Taylor will continue to revolve on the world stage for many years to come. 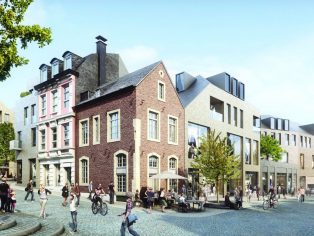 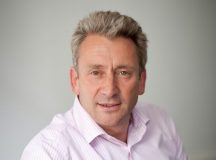