Tom Boddy speaks to Broadway Malyan about their journey to becoming a global architectural firm, and how the practice philosophy has evolved to increasingly embrace “holistic building design”

It was in 1958 in Weybridge, Surrey that Cyril Broadway and John Malyan decided to team up and found a practice together. Their focus from the start was on housing schemes and housing competitions in that sector. Even today as a global AJ100 practice with over 400 employees, 60% of Broadway Malyan’s work comes from residential projects. Ian Apsley, group managing director, comments: “Housing and designing for the community has always been one of our main priorities – this has included some very big masterplans with thousands of homes, but also many designs for individual houses.”

Since its origins, the practice has grown “organically,” says Apsley, which was “very much led by clients.” In the early 90s their reputation led to the firm taking overseas commissions for the first time, and in 1995, the practice opened up their first studio outside the UK, in Lisbon. The following decade saw BM expand east, opening offices in Warsaw, Abu Dhabi, Singapore and Shanghai. Today the practice has 15 studios around the world.

But the firm’s international growth hasn’t all been smooth sailing, and there have been “growing pains” along the way, says Apsley. The evolution of the firm can be split up into “three generations of leadership;” the second being when it embarked on overseas expansion.

Any major practice spreading its reach across the globe is likely to run into challenges over the course of its existence. Apsley alludes to issues that Broadway Malyan faced at this time: “Some of the work we did back then in London faced quite a lot of controversy with the UK architectural press.” The firm had just become a limited company, was growing fast, and “did lose some focus.”

Apsley joined the practice in 1999, which coincided with what he says was “a huge change.” He explains: “Becoming international required a huge cultural shift, which formed the basis of the completely different practice we are today” The last decade has seen BM move into its third “generation” of leadership, becoming employee-owned in 2016 – a project led by Apsley. “This was really about looking to the future, stabilising the business and making us resilient – we don’t rely on individual investors anymore.” He adds: “This process has put the ability to drive influence into the hands of the people that love the firm, and want to see it thrive onto the next generation.”

Although the firm now has a global network of studios, Apsley says they have never lost their core focus on the UK. “The UK is more than a third of our business, and the market where we deliver the greatest variety of services.”

“When we talk about ourselves, we say ‘creating places together’ – for me it’s all in those three words,” says Apsley. The ‘together’ part refers to putting collaboration at the forefront, he says. “We’ve been very clear that we’re never going to be able to do everything under our own roof.” The practice now works with a number of individual consultants and startups, a lot of which contain former colleagues. “We have a network of people we reach out to for specialist skills.”

Ensuring that projects respond to their context is key, but doesn’t just mean the physical aspects of a site, assets Apsley. “On some of the projects we get involved in, particularly in developing countries, context is around what will be there in 20-30 years. It can also be about something spiritual.”

Allied with this is their “big idea” concept, which drives the narrative throughout a project, to foster clarity of thinking as well as refinement of that idea. Apsley explains how this iterative process “simplifies a project, strengthens it, and in turn makes it easier to build – meaning the quality is higher. It’s a virtuous circle.”

One thing that underpins everything Broadway Malyan do is the fact they don’t promote a ‘house style.’ “We don’t impose predetermined ideas or visual identity on clients.” The practice spends a lot of time working with clients to “really understand what’s key to them, to the place, and more than ever now to the environment.”

With the housing crisis becoming even more acute after increased demand post-pandemic, the practice has recently published ‘Reimagined Village’ – a report they hope will trigger a ‘national conversation’ on logical non-urban housing solutions. With rural villages in the UK having less environmentally friendly credentials or economic accessibility compared with their city counterparts, the report highlights the urgent need to act to ensure these places become sustainable alternatives to city living.

Apsley expands on this: “Not every site or new community should be an extension to an existing town, putting more pressure on its infrastructure.” Instead the report gives insights into how planners and developers can transform these villages to meet the needs of the future.

To ensure Broadway Malyan’s climate goals are met, an ‘environmental design group’ supervises its internal and external operations. Internally, looking at the practice’s infrastructure and how they work as employees, they have set a daunting target to become net carbon zero over the next three years. However, “with a pause on travel from Covid,” says Apsley, “there’s a chance we could potentially achieve it ahead of this.” Externally, as well as designing projects with minimised energy use, they are putting the emphasis on producing climate-resilient buildings. “We believe that from a more holistic building design and masterplanning point of view, this is where the focus really needs to be.” Apsley adds: “This is about working at multiple scales at once. I genuinely believe there are a lot of opportunities in that area.”

Despite the practice already having a strong education offer in both Asia and the Middle East, as well as university projects in the UK, it’s a sector they are keen to grow. This ambition has led to them recently breaking ground on a new international school in Cairo – their first school in Africa. The £25m project will accommodate 1,500 pupils from nursery to year 12, including 70 classrooms, laboratories, a library, a 450-seat auditorium, sports facilities and a full-size football pitch. “This is a project we love doing, and we want to do more!”

Apsley also picks out a masterplanning project in Indonesia, ‘Redeveloping Dolly (part of the UK Government’s Global Future Cities Programme), as showcasing their current philosophy, and being an example of where the firm is heading. Putat Jaya, a former red-light district in Surabaya – known colloquially as ‘Dolly’ – is being regenerated. Broadway Malyan is developing a set of “replicable” design standards and urban design guidelines to help support the local community through skills and entrepreneurship training. “We led a big consultation on urban transformation and the project has been really well received so far, not only by the Indonesian government but by local residents too.” Apsley says the project demonstrates “an evolution of the kind of work we do at that scale.”

In terms of the goals moving forward, the practice is looking to broaden its horizons still further. “We want to expand on our services and provide a greater range of consultancy, away from the traditional architectural offerings,” says Apsley. He adds: “You’re going to see more blurred boundaries between studios, specialisms and our traditional sectors such as residential and commercial.”

And finally, in terms of the firm’s many collaborative aspects going forward, the pandemic has actually strengthened them, says Ian Apsley. He concludes that they are now taking a “less corporate, more agile approach to everything.” 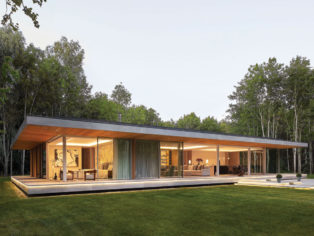 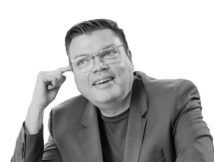