With the housing crisis forcing developers to build homes at higher density, Teodora Lyubomirova examines how architects and clients need to look beyond the limitations of current regulations to achieve good acoustics

Since the last substantial change to Approved Document E (ADE) of the Building Regulations over a decade ago in 2003, the housing crisis has spread out of inner London and is endemic across the country. This has forced the Government to re-focus its priorities on delivering affordable homes in its latest Housing White Paper. Throughout its 100-plus pages of policies and pledges was a clear emphasis on increasing housing supply, with potential solutions referenced ranging from larger-scale high-density buildings through to modular housing and tiny one-bed ‘pocket homes.’

As planners push the boundaries of what’s achievable in terms of space requirements and supply volumes in the residential sector, particularly in urban districts, there is one area that can get overlooked as developers race to hit completion dates – adequate soundproofing. While noise has become an unavoidable part of life, inconsistencies in acoustic standards can exacerbate this invisible but pervasive and potentially harmful issue in terms of quality of life. The problem may be easy to identify, but for specifiers it can be difficult to tackle given the variable and some say, inadequate regulatory framework.

Achieving good levels of sound insulation between dwellings is key to occupants’ physical and mental well-being. However, while minimum guidelines for airborne and impact noise exist, industry experts believe they are often treated as target numbers rather than base levels that should be expanded on.

Those standards also vary across the UK and only apply to new build residential developments or conversions. In Scotland, the minimum limit for airborne sound – the noise transmitted through the fabric of the building – is 56 dB, while the same value is set at 45 dB in England & Wales and Northern Ireland for new build developments.

The minimum requirements are slightly lower for conversions in England & Wales and Northern Ireland however (43 dB), but remain at new-build levels in Scotland (56 dB). In terms of impact noise – for example, the sound of falling objects or loud footsteps – there are minimum values for insulation for separating floors and staircases (set at over 60 dB), but not for separating walls or internal structures. Structural noise is another area in residential acoustic design that’s not included in ADE, but remains a common cause of nuisance.

Reflecting modern lifestyles, the 2003 amendments to the ADE requirements included a low frequency correction value (Ctr) in the performance criterion, to account for noise emitted by entertainment systems. Pre-completion sound testing was also introduced in a bid to ensure developers would deliver sufficiently homes with adequate levels of sound-proofing.

However, it’s uncertain whether ‘designing by numbers’ can really be the whole solution for creating a comfortable living space in practice.

“The current ADE criteria are very familiar to many as the ‘pass or fail’ standards,” says Richard Keeble, senior acoustic consultant at RBA Acoustics, adding: “the procedures for demonstrating these through field measurement and analysis are well established among acousticians. However, it’s not always that simple.”

The wording that defines the level of soundproofing required is also ambiguous – it states that housebuilders only need to provide a “reasonable resistance” to sound. Keeble adds,

“Many acousticians have a story to tell about a ‘dot and dab’ solid block wall or a curtain walling installation which ends up passing ADE due to the way the calculation works, but you can clearly hear your neighbour talking.”

He also says his consultancy had been involved in a situation in which occupants could hear excessive low frequency impact noise from upper floors, where the tested performance had exceeded minimum regulations by 20 dB and would on paper be considered sufficiently sound-proof.

“Again, the subjective response doesn’t match up with the objective test result,” he explains.

One potential reason that such inconsistencies exist could be the lack of Ctr-equivalent correction for low frequency impact sound insulation in ADE – however, the Ctr value may itself be an unnecessary complication to testing methodologies that does not always deliver the required results.

“The current version of ADE introduced Ctr, but field-tested Ctr can be difficult to predict,” says Keeble. “It’s very sensitive to frequencies which are very difficult to measure accurately, and it doesn’t do anything to help with hearing your neighbour’s voice.” The fact that Britain has the smallest homes in Europe is also partially to blame for this as wavelengths can at times be longer than room dimensions.

In practice, measures should provide adequate occupant protection, but also be economically viable for developers. Currently, the drive to achieve the bare minimum in sound insulation often trumps the potential to expand on these base levels. Paul Howard, head of innovation at British Gypsum, explains the reasoning:

“The vast majority of organisations are looking to comply with the regulations at the lowest cost. People aren’t actually thinking what is necessary for the home, they tend to aim for a number and if they exceed that number, they tend to think they’ve over-engineered.”

Improving acoustics has been in focus in the commercial and workplace sectors, with modern offices designed to higher acoustic standards in relation to their purpose. This approach to design can be particularly beneficial if transferred to the residential sector. Says Howard: “The mentality is very different when you’re designing for a regulation versus designing for a specific purpose to the occupants in the building.” He says a “major difference in performance” is possible if architects expand on the minimum regulations by just 10 dB.

Beyond satisfying building standards, the main purpose of adequate sound insulation in residential projects is reducing sources of stress in the home. Architect Richard Mazuch, who focuses on the wellness aspects of acoustics at IBI Nightingale, is keen to highlight the negative impact of noise to our wellbeing, particularly in terms of sleep deprivation. He says:

“We spend a third of our lives on 2 m2 of space – but how much money do we actually dedicate to that little space?” He quotes recent research carried out by Rand Europe, which concluded sleep-deprived workers cost the UK economy £40bn a year. Despite the material consequences, the problem remains ‘invisible’ according to Mazuch. “Noise is one of those great problems; unfortunately, we can never sort them out properly because they are invisible – kind of like pollution – we know the figures but we continue not addressing them.”

“You do what you can do on the shell,” Mazuch notes, “but I think designers can be smarter on the fittings and furnishing”. Paul Howard makes a similar point, stating that modern houses can be worse acoustically than older dwellings because of the use of thin plasterboards.

“In high density living you have more sources that are generating more stressors,” Mazuch adds. “People are living on top of each other in these clusters, which creates a huge tension.” He notes more consideration should be given to ‘liminal’ (non-specific use) spaces in estates to escape from noise, but in housing, defining the purpose of each room remains a decisive factor when specifying the necessary level of acoustics. Howard says: “If you know you’ll be building for high density living, it’s all about planning acoustic zoning for people; about giving people a way of segregating noisy activities from quiet activities – and this can be achieved relatively simply.”

Despite ample evidence of the detrimental effect of excessive noise to our health and the steps taken by regulators to define base levels for new homes and conversions, providing adequate soundproofing in practice remains a complex task.

There has been a drive to expand the minimum levels, such as respected (although now defunct) assessment methodologies like the Code for Sustainable Homes requiring an improvement of at least three decibels on the base levels in ADE in order for a development to be awarded any credits at all. There has also been talk of a new international standard – which will introduce a noise classification scheme for new dwellings and could work in the same way as EPCs. While this could drive the agenda forward, details of when it is likely to emerge and how it will work are scarce.

Richard Keeble reckons efforts should be focused on how to incorporate common areas of complaint when it comes to acoustic standards. Paul Howard agrees, saying that consumer groups could be key to a substantial change in the industry. Meanwhile, the role of architects and acousticians remains largely advisory, with a host of solutions available for clients, but only if they are willing to go beyond the minimum criteria. g 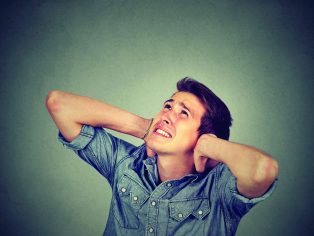