developers’ and NIMBYs’ parallel aims to only build when and where viable. However Theresa May, no doubt I

n this issue of ADF we focus on the issue of the moment – housing. It is the biggest political football imaginable, with the conflicting demands of 300,000 homes per year to solve the housing crisis, versus

frustrated with the lack of progress on her “mission” to build, is now directly attacking developers, accusing them of being “unscrupulous” in their desire to “dodge their obligation to build homes local people can afford.”

Expecting housebuilders to do anything other than try and maximise their profits is naïve. The system is weak, and arguably has been made weaker in favour of developers, but a stick rather than carrot approach seems to be emerging at Government level. It hopes its new update to the National Planning Policy Framework (NPPF) will be taken seriously as a sign it is getting tough in an attempt to solve the crisis. Observers have poured cold water on it, saying it contains few new measures since the Autumn Statement.

The tone at the centre has changed however, to something approaching hostility. May made an implied threat to developers that incentive schemes such as Help to Buy, which have led to thousands of new schemes, could be withdrawn if they didn’t do their bit. Housebuilders had to “raise their game,” she said. And councils are being told that they may not be able to apply so much discretion when it comes to where to build.

However with an absence of measures compelling housebuilders to build out sites they already have permission for (we will have to wait to see what Oliver Letwin’s review says), it’s hard to see what will prevent developers land-banking. There are some lukewarm moves in the draft NPPF such as allowing councils to impose a start time on developments to try and reduce the problem of developers ‘sitting on’ sites, as well as to monitor sites which have planning permission, but this puts the onus firmly on local authorities, not developers.

When you ask the developers, however, they see it differently. Andrew Whittaker of the Home Builders Federation nearly accused the Government of lying when it says that they are land-banking, and questions Sajid Javid’s approach of “use it or lose it.” He categorically denied developers were hoarding land for when the price is right for them to build, saying that developers wanted to build and sell as quickly as possible. Builders say that being impelled to create infrastructure such as roads as well as homes is a key part of the reason they can’t always build out sites quickly, not greed.

This is a seemingly intractable problem, when there is still no ‘stick’ to force developers to build affordable homes, therefore potentially reducing their profits. There’s no way they can be expected to operate altruistically, so some form of quota system is surely needed to replace the “viability assessments” currently geared to guaranteeing profits margins in the NPPF. Its almost axiomatic that whatever replaces or updates it needs to be far more robust, if affordable homes are to be delivered in the volume needed. 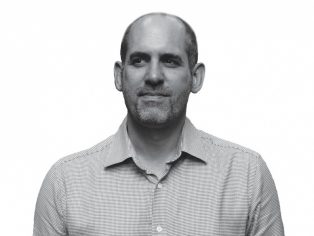