While many practices have been expressing their fears over Brexit (not least on behalf of their EU staff) and the likelihood of a strengthened victorious Conservative government pushing through a ‘hard’ Brexit, the world will continue to turn following the Election.

Major UK schemes are continuing to be approved, such as Fosters’ controversial £1bn redevelopment of Whiteleys shopping centre, following tweaks by Westminster council. Things will certainly be different both during and post-Brexit negotiations, but it may well be more a case of an extended ‘limbo’ during which things will still need to get done.

Norman Foster himself has said recently that although he was a Remainer he urges a pragmatic approach from architects to the realities, with something of a ‘keep calm and carry on’ message. He commented at a recent British Council for Offices conference that whether or not you agreed with the decision to leave the EU, “you get on with it and you optimise,” adding a clarification, “I am an optimist.”

He also attempted to pour cold water on previous reports that his firm had made close to 100 staff redundant at its London office due to Brexit, saying it was due to “much wider” global forces. With so many offices spread across the world it is unlikely that dark Brexit predictions will have been the cause, but will the realities mean more cuts for practices?

The RIBA’s recently published ‘election manifesto’ unsurprisingly (but commendably) says that the Government needs to confirm the status of EU nationals working in the UK as quickly as possible. Around 25 per cent of registered architects are from the EU, bringing diverse, valuable talents to the sector. Using them as bargaining chips against UK citizens overseas is not only morally questionable at best, it is dangerous for the continued health of UK architecture firms in what may be a challenging few years ahead. 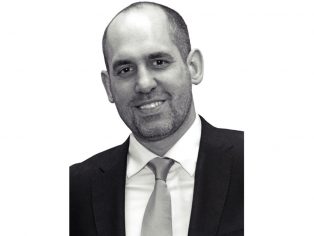