Driverless cars will drive positive changes in the urban landscape

Autonomous vehicles and driverless cars are definitely coming our way, but what impact will they have on way we design public spaces? Rachel Skinner of WSP | Parsons Brinckerhoff argues that they will have a positive effect.

Autonomous vehicles will be transformational.  They  have  the  potential  to support  a  better  quality  of  life,  economic  growth,  health,  safety  and  social connections.  They offer convenient and affordable mobility to all of us, regardless of where we live, our age or ability to drive. They could also help to improve the way that our existing places and routes work, while offering new potential for more valuable land, and additional homes and jobs.

WSP | Parsons Brinckerhoff and architects Farrells teamed up to produce a report on how connected and autonomous vehicles (AVs) will help to “make better places”. To do this we created future visions of what the UK might look like in an autonomous vehicle world, from the city centre, to motorways and suburbs to the market town. What we found was that the transition has already begun. So these visions put aside, quite intentionally, futuristic townscape designs, and to a degree, resemble existing and familiar places.

We concluded that there is enormous potential for architects and planners to create a new generation of living streets and communities, designed for vehicles, but putting people first.

It’s important to recognise neither driverless cars nor AVs will require significant on-street infrastructure investment before they can be used. Inbuilt technology will allow AVs to navigate on all types of roadway while taking account of other users including pedestrians and cyclists.

That said we have the opportunity to adapt our public realms and roads to maximise the benefits offered by AVs over time.

Most of these changes will be long-term and evolutionary, accruing more benefit as a larger proportion of vehicles become equipped to operate in a driverless and then autonomous environment.

For example, a new development designated as a dedicated zone for shared AV use, which means the cars would not be owned privately but rented for journeys from a supplier, could offer between 15 and 20 per cent additional developable area compared with a typical central urban layout. This is primarily due to the removal of almost all parking spaces (due to renting not owning cars), but also because road space simplification will save space.

AVs would move seamlessly between ‘booked’ journeys or would return to a designated hub for storage, charging and maintenance until they are next needed. Available data confirms that central London has a parking coverage of around 16 per cent and a total of around 6.8 million parking spaces, on and off street. Assuming a typical average parking bay size, this means that around 8,000 hectares of central London is used for parking.

General figures of 15-30 per cent parking coverage are typical of New York, Paris, Vienna, Boston and Hong Kong. Designing out the majority of parking spaces from a new AV zone would create at least 15 per cent additional land area (at ground level) for more valuable uses, compared with our existing urban centres. Depending on scale, this could create the potential for thousands of additional homes and jobs, as well as extra land for quality green and open spaces.

It could also reduce costs as the same developable area could be achieved with a more efficient use of ground level space (and perhaps above or below as well, depending on the situation).

Some newer city centre developments are already planned and delivered without car parking, usually where they are near to a station offering fast, frequent public transport services. AV zones would allow this strategy to be delivered equitably across far larger development areas, giving everyone a high-quality transport solution at their front door.

One of the key changes that will make an AV zone significantly safer than today’s urban areas is that AVs will put people at the top of the user hierarchy, rather than vehicles. This offers many of the benefits of a pedestrianised area without the need to compromise on accessibility.

This shift in urban design creates the opportunity to bring forward high quality, high density communities enhanced by open and green spaces. At the same time, the streets themselves become more functional and efficient thoroughfares.

Street clutter can also be virtually eliminated, as AVs will not need to gather information from the roadside. In a zone designed and built for AVs from the outset, direction signs, speed limit signs and traffic lights will no longer be required. Visibility splays can be reduced and intersections can be simplified. 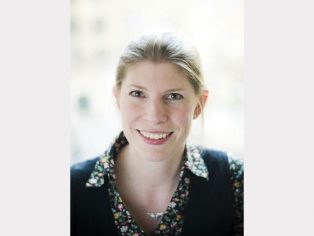