Global design, planning and engineering firm Arup has welcomed a fresh intake of apprentices and newly qualified graduates to support its Nottingham team’s work on a wide range of major projects.

The sought-after roles underline the company’s commitment to the city and its continued growth in the region, as well as providing a huge boost for its successful apprenticeship scheme.

“We are delighted that they are with us and look forward to seeing their careers develop as they take advantage of the enormous opportunities that working for Arup can provide.”

“It’s hugely important to be able to attract and train the next generation of engineers and technicians. We’re very proud that our role in recruiting local apprentices continues to pay dividends.”

The Nottingham office has been involved in many projects which have helped shape the city and beyond in the last 30 years, including the Old Market Square redevelopment, the University of Nottingham Jubilee Campus and the expansion of East Midlands Airport. The team has also delivered the new Sandwell Aquatics Centre in Smethwick and is working on many local healthcare, education and manufacturing sector projects.

The firm has a formal apprenticeship route, which starts with two years of combining work, off the job training & learning and a day a week during term time at college to gain a level 3 advanced apprenticeship qualification. A further five years on a level 6 degree apprenticeship including a day a week at a university leads to a full bachelor’s degree.

“When they’re not training they are actively working on projects, using the software for building modelling. Apprenticeships have become a very appealing route for school leavers because, although it might take longer while they complete them through spending part of their time at college and university, they are receiving a full salary for doing a job while gaining an advanced apprenticeship and then for those who continue to higher level study, a degree.”

New apprentice technicians Alice Lamb and David Simpson have joined the buildings mechanical and electrical (M&E) engineering team. David, who completed his A-levels and is now studying part-time at Coventry University to become a qualified building services engineer, said he was looking forward to progressing through the apprentice scheme.

Alice, 19, recently completed a level 3 extended diploma in construction and the built environment at Derby College and will now be working for a building services degree. She said:

“The practical design and function aspect was something I wanted to explore in my career. I hope that with the combination of skills and knowledge I will gain in the upcoming years I will be able to work on large, exciting projects.”

The apprentices who have completed their part-time degrees this year include Gemma Broughton, who studied mechanical and electrical engineering and is with the buildings M&E team.

Luke Webster, who attended Gedling Comprehensive School and Bilborough College, gained a first-class honours degree in civil engineering this year and is now aiming for incorporated engineer status with the Institute of Civil Engineers. He is in the buildings structural team.

The 26-year-old, from Carlton, said he applied for the apprenticeship to provide for himself and save for a house while developing his knowledge and skills – and is greatly enjoying his role developing into creating outstanding and iconic structures. He said:

“I want to be able to point out well-known buildings and say, ‘I was involved in that’.”

Ross Bramley, 26, from Hucknall, joined Arup fresh from his A-levels in 2013 and has achieved an honours degree in civil engineering at Coventry University. He is in the infrastructure civil engineering team, where he is interested in the push to use sustainable solutions. Ross added:

“I want to be involved with supporting the future apprentices coming through the route I have already completed.”

A fourth apprentice, Sean Chapman, has trained to be an M&E engineer, completing a degree and obtaining incorporated engineer status. Sean, from Aspley in Nottingham, joined Arup straight from A-levels and is now studying for a master’s degree at De Montfort University in Leicester.

Meanwhile, two new graduates have also been recruited recently. Paddy Appelqvist joins Arup’s rapidly expanding railway engineering team in Nottingham engaged in designing rolling stock as well as infrastructure. The company has worked on the HS1 rail line linking London to the Channel Tunnel as well as HS2 and several rail projects locally and across the world.

Paddy, 23, who studied mechanical engineering at the University of Sheffield, said:

“I’m most excited to see the positive impact that something I help design has on the communities that use it. The decarbonisation of the rail infrastructure and rolling stock is very exciting.”

Holly Townsend, also 23, who got a first-class degree in architectural engineering at the University of Leeds, was inspired to pursue a career with Arup after work experience and an industrial placement at the Nottingham office during her studies. Holly, from Nottingham, who has joined the building structures team said:

“I am looking forward to the opportunity to work on exciting projects with innovative clients across the world and to continue my educational development.”

Arup, which has its headquarters in London, employs 6,000 people across 17 UK offices, and thousands more worldwide. It took on 14 apprentices and 21 graduates between its offices in Nottingham and Birmingham this autumn, and 245 graduates and 74 apprentices in total across the UK.

“We’re very proud of the work we do from Nottingham. We are delighted to see our team continue to grow and develop and our apprenticeship programme working so well.”

“There are lots of good opportunities here and we work with some great clients on many different and aspirational projects.” 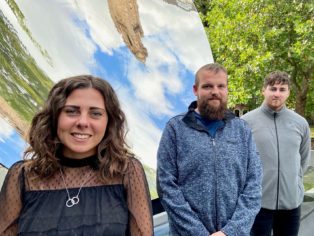 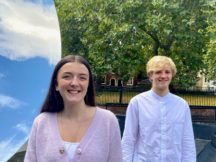 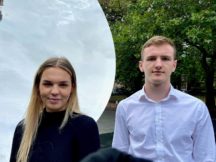