In the midst of a complex medieval London street pattern O’Donnell and Tuomey have woven a little of their magic. This remarkable project is an object lesson in mobilising the limitations of a site into a startlingly original building which makes a massive contribution to its townscape. The architects started by taking the geometry of tight angles as the definition of a solid into which they gouged cuts and cracks that give light and form. Every angled facet responds to rights of lights of its neighbours. The momentum is generated in the surrounding streets and drawn into the spiral that rises through the whole height of the structure as a continuous internal street, taking the form of a generous stair that clambers its way around the core. Outer walls slope and twist, floors take up complex non-orthogonal shapes, yet all the accommodation generated seems to be natural, functional and hugely enjoyable to use. The result is truly unexpected. It is fascinating to see a practice enlarging its areas of expertise in this way.

The bold red brick tower is made of not just any brick – there are 46 standard shape bricks, 127 special bricks out of a total of 175,000, and not a single cut brick. This is achieved with walls that slope and become perforate to give shading and have angles that vary in every direction all suggesting a very considerable imaginative control. The latticing lets in more light, lending it a Kahnian air. The windows use jatoba, a self-finished hardwood from Brazil and have a complexity of their own whereby many verticals are gathered together next to larger panes, the verticals indicating opening lights. The spiral plan functions as a continuous social space with a natural tendency to encourage interaction for students and staff. At the top and bottom of the system are two more conventional spiral staircases, one to the basements and the other to the highest part of the diminishing plan. In the basement, there is a large double-height club and bar space lit by borrowed daylight from street level. The use of daylight, natural ventilation and many other details has given the design a BREEAM Outstanding rating.

The building is beautifully constructed in spite of the difficulties of being novated to the contractors. To build a building like this required a high degree of craftsmanship and care, and one feels that this was achieved through the sheer willpower of the architects. This is a building that has a striking and original appearance while at the same time fitting happily into its context. Similarly, it has a complex and unusual plan form that accommodates functions with effortless ease.

O’Donnell + Tuomey’s work is always recognizable but ever developing: and full of architectural references: Kahn, Stirling and the Russian constructivists. They absorb all this and make buildings that are all their own and are much admired by their clients and all who use them. 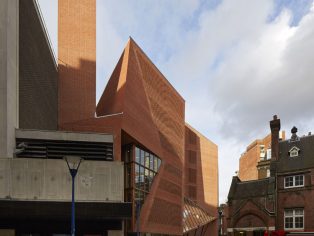 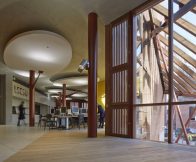 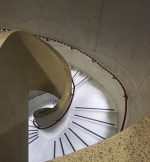 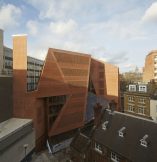