On 1 April 2018, the Minimum Energy Efficiency Standards (MEES) came into force. These standards state that all commercial and residential properties must achieve an Energy Performance Certificate (EPC) of Grade E or above to be rented out. One group of properties that present a particular problem are those with solid walls, which have historically been difficult and costly to insulate. And this is no small problem. The National Insulation Association (NAI) estimates that around 36 per cent of the UK’s 24.5 million dwellings have solid brick, stone or concrete walls. However, new, more cost-effective solutions are coming to market. Materials engineers are making use of new technologies to create incredibly slim insulation which boosts a property’s U-value at a fraction of the cost and with far less disruption. Developed in the aerospace and oil and gas sectors, these aerogels exhibit the lowest thermal conductivity of any material. By combining aerogel insulation with a masonry ‘cream’ – which keeps walls dry, and hence means they will conduct less heat – it is possible to boost a property’s EPC rating significantly. Smaller properties will move from F to E rating with these measures alone, while larger ones will require a limited amount of additional expenditure. The MEES, which came out of The Energy Act 2011, currently applies only to properties that are being let for the first time or where the lease is being renewed. There are some exceptions, which include listed buildings, conservation areas, and buildings which are deemed to have had as much energy upgrade work as possible. From April 2020, MEES will apply to all rented homes, and from April 2023, all rented commercial properties must meet the grade. This means that landlords will only have a limited time to make the necessary upgrades to their properties.

So where to start?

The first place to start is the fabric of the building: walls, roof, windows, doors. By far the greatest heat loss is through a property’s walls. Take the example of a Victorian end-of-terrace house, which, even with loft insulation and double-glazing was still given an EPC rating of F. This is because over half of the heat lost – 54 per cent – was passing through the walls. A lack of insulation is an obvious reason for the huge heat loss, but another likely contributor is damp walls. As well as causing discomfort and potential health problems, damp walls increase the rate of heat loss by a factor of up to two.

Bring on the technology

Adding insulating boards to either the internal or external face of the wall has historically treated solid walls. Both options raise significant challenges for landlord, tenant or an owner-occupier for that matter. External wall insulation (EWI) requires a large capital outlay, between £8,000 and £22,000 per home according to the NAI and requires economies of scale to make it viable. EWI has been most often applied to local authority or housing association-owned apartment blocks. For individual homes, the holy grail would be to persuade a whole street to invest in EWI, but the political and economic mechanisms to do that have not been created. Internal wall insulation (IWI) is a more cost-effective option, requiring a capital investment of between £4,000 and £13,000 according to the NAI. But it can be disruptive for householders, and could mean that a landlord must lose a tenant and suffer from a rent-free period, as well as the costs associated with securing a new tenant once the work is done. IWI also reduces the space inside a room and can mean that period features are sacrificed or recreated at some cost.

It is worth noting that both EWI and IWI, if improperly designed or installed, have the potential to exacerbate or create damp problems in a wall. EWI applied to a wall with rising damp, which remains untreated, will make the problem worse. IWI can cause condensation to form behind the insulation leading to damp and mould. As with any energy efficiency improvement measure, it is always important to take a holistic view of a property and the way it works to avoid causing more problems than are solved. One potential solution is a system approach which combines super-slim aerogel technology and a masonry cream that allows wet walls to dry out while preventing moisture getting in. Because these aerogel materials are super-insulators they can still have a significant impact when applied in very slim layers. When it comes to selecting the right masonry cream, it’s important to choose one that allows water inside the wall to evaporate out while preventing moisture from outside penetrating inwards. For that Victorian end-of-terrace property cited earlier, the application of the combined slim insulation and masonry cream changes the U-value of the walls from 1.7 W/m2K when damp and uninsulated to 0.8 W/m2K when treated. The application of such a system is good news for the tenants as well as the landlord. They could expect to save nearly 30 per cent on their heating bills every year. 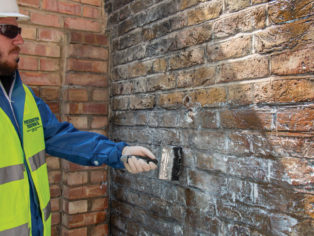 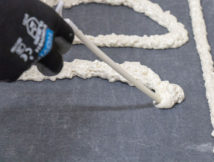 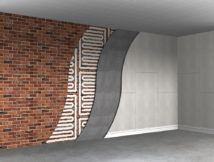