Architect Richard Harrison (of the Association of Consultant Architects) reviews the scrutiny the industry has been under since Grenfell on accountability and decision-making on high rise projects, and whether architects’ roles could be strengthened

Three and a half years after the Grenfell fire, questions are still being asked about the safety of our larger residential buildings. Remediation liability issues are ongoing, affected residents remain fearful in their homes and the buildings insurance industry and mortgage lenders have restricted the residential market.

Part 2 of the Grenfell Inquiry into how the tower was covered in combustible materials during a refurbishment, breaching Building Regulations, commenced in January 2020.

In parallel with the Public Inquiry, Dame Judith Hackitt delivered her independent report ‘Building a Safer Future’ in May 2018. It contained 109 recommendations, 56 for government action and 53 for the industry to respond to. The Construction Industry Council galvanised around this, and hosted the responses for the industry.

A key failing highlighted by Hackitt was the lack of adequate competence across the entire industry. In 2018, Hackitt was appointed to chair the Building Safety: Industry Safety Steering Group (ISSG). This reported, in July 2019, on necessary cultural changes to the industry covering competence, leadership, procurement and products. Its final report, ‘Setting the Bar,’ was published in October 2020.

The MHCLG published the Draft Building Safety Bill in July 2020 and consultation on the proposed changes was completed in January 2021 and the Minister is now considering the next stage.

Architect or ‘Master Draughtsperson’?
Was it not always the architect’s role to certify a completed project’s compliance with Building Regulations? Have we more recently been re-designated as the ‘master draughtsperson’ and shunted off site while something else gets built?

Under the proposed Building Safety Bill, the building regulator may permit/require the proposed appointment of “prescribed persons,” including designers for building projects, as well as the principal designer.

While initially intended for higher risk projects, this prescription could in time apply to all persons appointed under all building projects. Architects may in future be registering under a Competent Persons Scheme in the same way as electricians and heating engineers, and self-certifying. Is this an opportunity for architects to resume their role as the lead designer from inception to completion and beyond, either should they wish, or be required to do so?

Competence as principal designer
Can a single person be competent as the principal designer to sign off a complex building? The short answer is yes, under Clauses 38 and 39, if the proposed legislation is passed.

It has been argued that no designer can have all the skills necessary to certify an entire design unless they are a multi-disciplinary practice, and therefore this discounts an individual for the role.

I suspect this is not what is intended by the proposed legislation. The dutyholder roles are intended to be ‘high level’ and ‘managerial’ – ensuring the frameworks have been complied with, not to absolve other designers from their individual roles, duties and responsibilities. The dutyholder may have a responsibility to ensure that those working on the design teams are competent to do so but not necessarily for their output.

Remember that the principal contractor would certify that the completed building project complies with and has been built in accordance with the design. This role is also intended to be ‘high level’ and ‘managerial’ – ensuring their frameworks have been complied with, not to relieve other contractors from being competent to fulfil their respective contracts and specialist certification.

Higher risk projects
A higher risk project is likely to be a significant project. It is highly unlikely that this will result in the appointment of a sole practitioner, simply because of the quantity of work necessary to fulfil the project design.

The client will have options to appoint an adequately resourced small, medium or large practice or firm as the lead designer. An individual owner, partner or employed individual within those organisations may be authorised by the building safety regulator to carry out the role of principal designer.

This dual appointment would:

Could an individual be principal designer under a separate appointment?
Yes, but ideally the principal designer is embedded into the lead design team throughout the project in order to ensure that the key concepts in the project design are sustained in detail, with integrity, and duly certified at the relevant project gateways.

Without this, there are dangers of having two designers appointed with parallel roles with potential conflicts, to the detriment of the project and its progress.

Insurance
As the principal designer role will be mandatory, insurers will have to respond accordingly. I believe that clients, their designers, their inspection and construction teams will place an onus on collaboration, which will drive the insurance industry towards project insurance and collaborative contracts. It is a potentially new income stream for insurance, but has to be counterbalanced by more realistic levels of PPI – for designers and construction insurance alike.

The reality is that the whole team shares the risks on construction projects. If we are to successfully emerge from a litigious and blame-ridden industry, we may soon be seeing insurance representatives becoming more involved at all stages of a project. 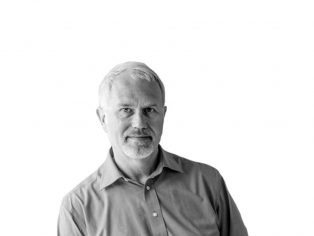