Renowned practices including Steven Holl Architects, Mikhail Riches, AECOM, WilkinsonEyre and Chris Dyson Architects are among those shortlisted for 2020 Surface Design Awards, which exemplify creative use of surface materials and lighting.

There are an impressive 39 projects across 14 categories in total, from retail and public buildings to commercial projects and housing, including new categories in public realm and affordable housing for 2020. Such was the quality of entries submitted that some projects won nominations across several categories.

Demonstrating the truly international reach of the awards, now in their sixth year, projects on the shortlist spanned 13 countries from 34 different organisations with emerging practices represented, as well as established firms. UK-based studios led the way with 14 finalists and those from China, India and the US all having strong showings in multiple categories.

The judging panel praised both the high quality and variety of entries within the field of surfaces and materials, which made for a captivating and exciting day of judging. The entries in the new affordable housing and public realm categories were particularly praised for their innovation and diversity in their respective sectors.

Key highlights from the shortlist include The REACH at the John F. Kennedy Center for Performing Arts by Steven Holl Architects, which was shortlisted in the Light and Surface Exterior and Interior categories. Judge Nikki Barton, head of digital design at British Airways, in praising the project said, “the outside is simple yet beautifully thought through,” with fellow judges agreeing on the impact of the lighting featured.

The Light of City scheme in China by Kris Lin International Design was highlighted in the Commercial Building Exterior category, with judge Amin Taha describing it as a “perfectly symmetrical, well resolved piece of architecture.” Meanwhile architect Charles Holland praised the Kingdom Design Studio by Eric Corbett, which is shortlisted for best Commercial Building Interior stating that it, “celebrates the difference between the materials with a controlled sensibility.”

Giles Miller Studio’s BBC Pavilion project, shortlisted in the Temporary Structure category, consists of thousands of recyclable aluminium ‘petals’ on the front of the building, which open up as a complex mechanical concertina. It was first installed in aircraft hangars in Yorkshire before being transported to the Cannes beachfront where it was reconstructed, a logistical and design feat which found favour with the judges.

Shortlisted in both the Public Building Interior and Exterior categories, the Krushi Bhawan project, a modern government building in the ancient Indian city of Bhubaneshwar, was complimented for its sense of place, reflection of culture and use of local materials. Judge Glenn Johnson, director of design at the Advanced Design Group of Collins Aerospace added that, “Somebody’s heart and soul is in this building.”

Catching the eye of the panel, the stunning House on an Island by Atelier Oslo in Norway was highlighted in the Housing Exterior category for the complimentary design to its rocky surroundings. Paul Priestman, chairman of branding and design agency PriestmanGoode, commented on the “incredibly lightweight look of the design as well as the innovative use of the interior lighting illuminating the exterior of the structure.” In the running in the Housing Interior category, Spain’s Vallirana 47, by architecture and interior design studio Vora, was praised for the clever way in which the floor tiles delineated the space in the different rooms.

Impressing in the Sustainable Surface Exterior category with its inventive use of materials was finalist SPINN Arkiteker’s The Hammerfest Cabin in Norway, and Sustainable Surfaces Interior finalist Organic Store by Snehal Sutar in India was singled out by judge Sean Griffiths for its “audacious use of materials”. Also, in this category was the Muse Acoustic Panels designed by Michael Young for Australian firm Woven Image, the entrant from the furthest afield. This collaborative range of interior acoustic wall panels were praised for being a great product with true green credentials.

The winners, including the supreme winner, will be announced during the Surface Design Show at London’s Business Design Centre on Thursday 13 February 2020. 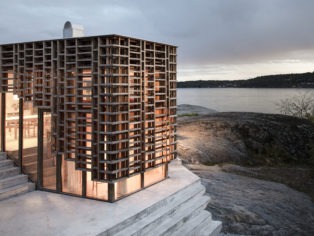 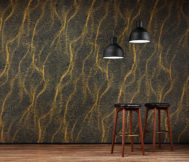