MVRDV is pleased to announce Steven Smit as its new director of MVRDV Asia. “With Steven we add a very experienced manager to the team, who shares our ambition, optimism, and adventurous spirit,” says managing director Inger Kammeraat

Steven Smit (Eindhoven, The Netherlands, 1958) studied at Utrecht University in The Netherlands and the University of Tasmania in Australia where he received bachelor’s degrees in Architecture and Environmental Design in 1994. Based in Shanghai, he oversees MVRDV’s Asian projects and clients, working with MVRDV’s local team in the city.

Active in China and Hong Kong since 2002 at director level, his experience covers the practice of architecture in China from concept to completion. Smit has worked in China with renowned international architecture and engineering studios including OMA as part of the CCTV Tower team in Beijing, PTW as China Director during the Beijing Watercube project, and AECOM leading TOD projects in Chengdu.

Smit participates in low carbon footprint built environment forums in China and has been a guest critic at Tongji University in Shanghai and Nottingham University at Ningbo. He is a LEED Green Associate and a member of the China Green Building Council.

In Australia Smit led BIM design and delivery teams on landmark projects with leading Sydney high-rise architects while also teaching the virtual design studio at the University of New South Wales. As International chapter councillor based in Beijing, Smit judged international awards for the Australian Institute of Architects. At UTAS he has commenced PhD design research in speculative countryside scenarios.

Smit has gained unique insights in the diverse and innovative approaches possible – and necessary – in Asia. “I have always been attracted to ambition, optimism and adventure in the built environment. MVRDV allows me to further realise these ambitions and enable radical creations at scale that address the speciﬁc urban contexts in Asia and China in particular”, he says. 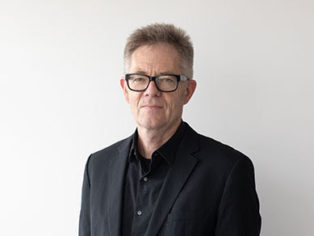