SPPARC appointed for major new project on Shaftesbury Avenue, a former recording studio for The Beatles

Following the acquisition of the ODEON Cinema site at 135 Shaftesbury Avenue, SPPARC has been appointed as the architect for a cultural regeneration project in London’s popular West End theatre district. Returning to its former glory as the Saville Theatre, the site has been bought by Yoo Capital Investment Management (“Yoo Capital”), and will be reinvigorated by SPPARC whilst paying homage to the rich cultural heritage of the area.

Celebrating its 90th birthday this year, the listed building first opened its doors in October 1931, and has externally retained the majority of its grand original features including a 40m frieze designed by sculptor Gilbert Bayes that runs across its frontage and depicts ‘Drama Through the Ages.’

While a notable cultural hub into the 1950s, its most famous period was during the swinging 1960s when The Beatles’ manager Brian Epstein leased the theatre and used it to host live performances by the Rolling Stones, Chuck Berry, The Who and Jimi Hendrix. It is also the location where the Beatles recorded “Hello Goodbye” in 1967. In 1970, it was then internally converted to an ABC cinema and latterly to ODEON cinema.

This acquisition deal also marks the continued partnership between SPPARC and Yoo Capital, who are both committed to protecting heritage buildings and creating new cultural opportunities for these existing sites. The first partnership between the two firms is the £1.3 billion redevelopment of the iconic 135-year old Olympia exhibition centre in Kensington, which will see the venue transformed into a 14-acre district for the creative arts, exhibition and live entertainment industries. This will include a world-class theatre operated by Trafalgar Entertainment Group, a music venue operated by Anschutz Entertainment Group, and prospects for a new school for the performing arts and a jazz club, as well as eateries, hotels and office space.

“We are honoured to have been appointed to work on this important cultural site in the West End. Through skillful cohabitation with modern architecture, the preservation of London’s remarkable heritage buildings is a huge priority for SPPARC, and we look forward to reimagining this beautiful space to its original use and prominence on Shaftesbury Avenue.”

“The last two years have hit the arts and entertainment industries particularly hard, and we are delighted to be investing in The Saville and in the arts once again.”

“We are excited to acquire one of London’s true hidden gems. The Saville has been a very special home of live theatre and entertainment for 90 years. On behalf of the firm and our investors, we consider ourselves privileged to be able to commit our resources to secure its long-term future. We look forward to working with existing stakeholders, the community, arts groups and the London Borough of Camden on our proposals for investment.” 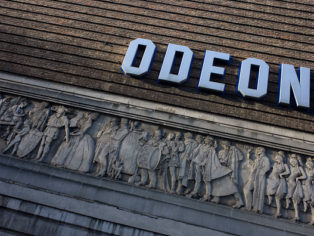 Exterior of an Odeon cinema in central London. The Saville Theatre is a former West End theatre at 135 Shaftesbury Avenue in the London Borough of Camden. The exterior of the theatre retains many of the 1930s details, although the wrought iron window on the frontage has been replaced by glass blocks. A sculptured frieze by British sculptor Gilbert Bayes around the building for nearly 130 feet (40 m), remains and represents 'Drama Through The Ages'. The theatre opened in 1931, and became a music © In Pictures Ltd/Corbis via Getty Images 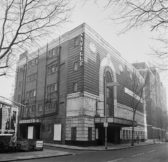 The Beatles show off their MBE medals after the royal investiture at Buckingham Palace, London, Tuesday 26th October 1965. The Beatles, each is now a Member of the Order of the British Empire. Pictured at news press conference held at the Saville Theatre © Barham/Tony Eyles/Mirrorpix/Getty Images