One of the industry’s leading specialists in the field of design for older people, Anne-Marie Nicholson, has joined Marchese Partners as Principal where she will jointly lead the UK studio alongside Stewart Dean, leveraging her expertise to grow the firm’s portfolio of later living clients in the UK.

Anne-Marie joins the firm from PRP where she managed the practice’s award-winning team based in Surrey. Here, she established herself as a leading figure in the design of housing for older people, overseeing the delivery of 11,000 units, many of which have been recognised by award bodies including RIBA and Housing Design Awards.

Marchese Partners is an international firm with offices in the UK, Australia, New Zealand, Asia, and Spain. It is widely recognised for setting and enhancing the standard of later living design across the globe. In her role, Anne-Marie will focus on developing an already diverse client base that includes Riverstone Living, Guild Living, Loveday, Frogmore and Red and Yellow.

“Anne-Marie’s experience and passion for later living design naturally complements our own values and all our clients will benefit from her design expertise, which is regularly sought out and is widely recognised as industry leading. We are delighted that she is joining us at a time of such positive change as we embark on a new chapter that reaffirms our commitment to the UK market under this new leadership structure.”

“This a hugely exciting opportunity for me as I join a practice that focuses exclusively on later living and has enjoyed huge success in the UK under Stewart’s leadership since launching six years ago. Working together, we want to build on this growth even further and set a benchmark for how we design and deliver later living supported by evidence-based research and international learning. This role allows me to apply my thinking and skills in a design environment that fully acknowledges the societal benefits of good housing and care options for our ageing and diverse population. I can’t wait to get started.” 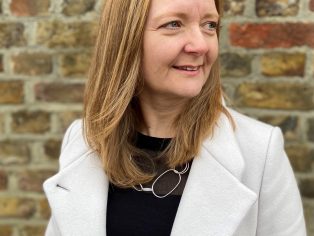