Let the sunshine in but keep the heat out

Solar Control Glasses: From a luxurious item in the age of fossil fuel to a new benchmark in the era of climate change.

The air at the earth’s surface has already warmed up considerably. In 2016, the mean global near-surface air temperature was about 0.94°C higher than the mean in the 20th century. NOAA announced this at the beginning of 2017 on the basis of three independent data series. 2016 was thus the warmest year since the start of the evaluations and exceeded the previous record years of 2015 and 2014 – three record years in a row have never been recorded since the start of weather recording.

The graph (the featured image) shows the deviation of global air temperatures (mean of the individual years) between 1881 and 2016 from the mean value of the 20th century.

The consequences can be seen all over – the listed ones do not claim to be complete:

In the past – which definitely did not have this accelerating increase in temperature and CO2 like today – we (tried to) coped with these issues by partitioning from the outside with high reflective solar control glazing while creating an artificial climate inside. Nature was not really considered to be bad, but less predictable and adjustable for a efficiency aiming industrial society. The resulting cooling loads and the way we technically dealt with them – basically by adding an air-conditioning system to the building – have been one of the major causes for the CO2 emissions.

And then things changed:

Obviously our “second nature” did not work the way we thought and wanted it to happen. With the 80s discussions on sustainable buildings and how we could go back “in line” with nature came up – since then glass (again) and lightweight structures are considered to be THE materials for a “better world” – wood, clay and other “natural” (at first poor considered) materials came a lot later. The task of that time up today: Use as much natural daylight as possible while dealing with the energy of the sun “according to the needs of the application/user”.

In parallel the developments of low-emissive magnetron coatings have had the aim to let as much daylight through the glass as possible without heating up the building too much; thus reducing coaling loads to a minimum.

In a study in 2013 by German based building physics consultant Müller-BBM GmbH it was stated that solar control coatings reduce the temperature in an average office building by up to 5°C. Thus without disturbing any view to the outside due to external shading, solar control coatings provide a maximum of natural daylight while keeping out solar heat to a least – not to forget the thermal insulation. With these performance values “a window can’t be considered to be a leakage in a wall anymore”; it becomes an active gain creator in the building skin, reducing the overall energy consumption and thus the CO2 production of a building.

Let the sunshine in but keep the heat out. 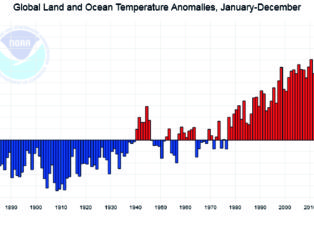