Controlling use saves more than trying to buy cheap energy

I received an email the other day from a director of a newly opened student accommodation facility. The tone of the email was almost incredulous. Having installed electric panel heaters in around 200 rooms they were finding that the occupants were adjusting the room thermostats to 35°C and then leaving them at this setting constantly. Windows were being opened to cool the rooms down!

This, unfortunately, is not an uncommon issue, and with the energy cost crisis biting, reducing the use and therefore the spend on energy has swiftly risen to the top of many agendas.

Whichever method of energy generation is delivered, whether from gas, renewables or nuclear, with costs rising and scarcity becoming a very real possibility, control at the point of use is the only way for organisations to supervise consumption and keep a handle on costs for themselves.

The ease of moving into high quality, fully serviced rooms is very attractive when going to university. This is what has fuelled the growth in this sector to almost 700,000 beds. A population with a similar energy demand to that of a medium sized UK city!

Managing energy use in student accommodation can pose a real conundrum for energy managers, particularly when an ‘all-inclusive’ deal is the business model. The occupants expect comfortable rooms but have no responsibility for directly footing the bill for the heat they use, while energy managers need to curb unnecessary energy use but keep occupants happy!

For the sender of the email mentioned earlier, rather than ‘which is the most cost-effective source of heat?’, they should have considered, ‘how can that heat be controlled most effectively?’.

The minimum requirement should be programmable thermostats that only allow boost heating when asked for, reverting to the setback temperature after a pre-determined period. This avoids the ‘set it and forget it’ at 35°C. The system should also sense empty rooms/open windows and reduce heat input accordingly. This type of ‘Local control’ thermostat, is robust, built for non-domestic environments, and is tamper-proof.

For larger properties a centrally controlled Building energy Management System (BeMS) is a preferred option. A system that performs the same basic tasks as Local Controls but is operated via an internet portal. This provides energy managers with access to every room, remotely. The room node is more sophisticated than a Local Control and can monitor environmental conditions such as humidity, light, CO2, and decibel levels – automatically alerting managers to unusual readings.

Stepping out of the bedroom and into the bathroom, even greater savings can be made when the BeMS controls water heating. With this comes the potential for leak detection and the monitoring of complete water system temperatures.

BeMS don’t just provide economic benefits – convenience; fault finding in hardware; the archiving of data; monitoring of best safety practices, are all standard. For example, the data collected from water systems provides evidence that the criteria used in Water Safety Plans has been adhered to for the prevention of Legionella; When jurisdiction extends to the kitchen – monitoring of cooking appliances means if temperatures on the cooking surface reach dangerous levels or if the kitchen is left unattended by a distracted student, the power supply is cut before ignition or flash points are reached.

Ultimately, in the current climate, efficient use of energy is the focus of concerns. The installation of a Building energy Management System can result in quite staggering savings – up to 40% has been cited. The return on investment is usually quoted to be under 5 years, but with the instability in the energy market and rising costs, that length of time could be slashed!

Now is not the time to try and save money, by buying cheap energy – there isn’t any! now is the time to make energy go further by not using it unnecessarily, after all, the cheapest energy is the energy we don’t use!

Prefect Controls have been designing and manufacturing specifically for the student accommodation sector since 1997. Their ecostat and Irus systems are estimated to be controlling approximately 10% of the student rooms in the UK estate. 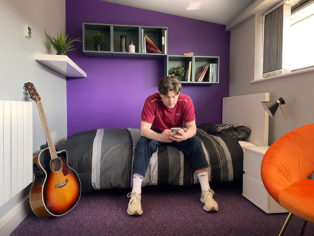 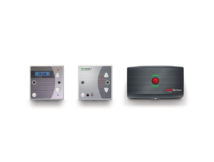