Architects positive for the first time in 4 months, says RIBA

After four months in negative territory, the RIBA Future Trends Workload Index rose to +3 in July, from –17 in June.

Nearly a third (31%) of practices anticipate a workload increase, 42% expect workload to remain the same and 28% expect a decrease.

All sectors returned slightly more positive balance figures. The private housing sector rose significantly to +17 (from -3 in June), the commercial sector rose to -15 (from -32), the community sector to -14 (from -19) and the public sector to -4 (from -12).

While there was increased optimism about workloads over the next three months, 62% of respondents still expect profits to fall over the next year and within that, 7% consider that their practice is unlikely to remain viable.

The findings from this month’s survey also show:

RIBA Head of Economic Research and Analysis, Adrian Malleson, said: “While July’s findings might show the first glimpse of positivity we’ve seen for a while – with practices seeing a specific increase in private residential enquiries as home working continues – architects still face a particularly challenging market.

For some, their current workloads mainly consist of pre-pandemic commissions and the source of future work is uncertain. As the UK enters its first recession in 11 years, we can expect further caution from clients to commit to new projects, and confidence in future workloads may be affected.

It remains our fundamental priority to support our members through this difficult time with resources and economic intelligence to help overcome immediate hurdles and build future resilience.” 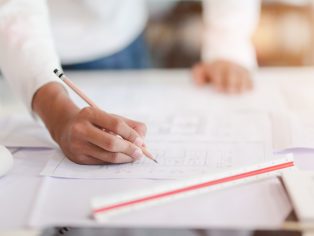