The director of AJ100 practice Zaha Hadid Architects (ZHA) has shared his arguments in favour of Brexit.

“I believe that all the seemingly entrenched societal problems of our time—endemic unemployment, poverty, social exclusion, the so-called housing crisis, retirement finance crisis, social mobility crisis etc. etc. are so many invitations for an unleashed entrepreneurial problem solving creativity, once the state gets out of the way.

“I am convinced that the next prosperity potentials of our civilisation can only be explored and discovered if the straight jacket of the nanny state is gradually loosened and dismantled(…)It’s time to roll back the state and for us to take the risk of giving more freedom and self-responsibility to us all, unleashing entrepreneurial creativity, organisational experimentation as well as individual aspiration and empowerment.”

He also argued if workers rights regulations were not mandatory, firms no longer had to “anticipate paralysing difficulties to sever relations if things do not work out” adding “an overregulated labour market is a frozen labour market”.

Schumacher then criticised the government’s affordable housing policy and Mayor of London Sadiq Khan’s 50 per cent target to make all new London homes affordable; the architect claimed the restrictions were contributing to the “curbing of choice”.

ZHA’s director finished on the topic of immigration saying rules had to be carefully crafted in relation to welfare entitlements.

He falsely suggested the UK was denied the right to limit benefits for EU migrants for the first years when in fact the European court of justice ruled in June that Britain can insist that only EU citizens who are in work or have sufficient resources should be given access to benefits. 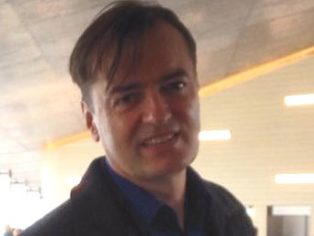