YIT to start the construction of a new residential project in Rostov-on-Don, Russia

YIT has started the construction of a new residential project in Leninsky city district in Rostov-on-Don in Russia. This is the first phase of a project called Seasons, that has been developed for several years, and its value is over EUR 10 million. The project will comprise almost 270 apartments that are estimated to be completed in the latter half of 2018. The apartments will be recorded in the second quarter’s start-ups.

The Seasons project will be constructed in four phases and it will comprise almost 1,100 apartments to be completed by the end of 2021. The colour design of each phase represents one of the four seasons. A kindergarten, public spaces, four car parks and four different sport fields will be constructed in connection with the project. The project is located close to good transportation connections and services and very near to the city centre. 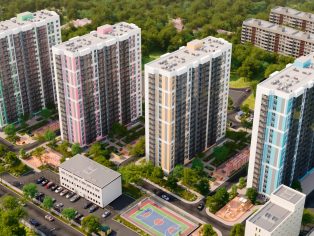