Solar energy is emission-free, noiseless and comes to us each day for free. No wonder more and more countries want to use the technology. Turkey, too, has recognized its solar potential and plans to multiply its current capacity by a hundred in 2015. With a recent photovoltaic project, the country has taken a big step in this direction: In the southwestern city of Burdur, company SEISO Solar realized a project with 2.120 Panasonic HIT modules, resulting in the largest and most efficient Turkish PV roof system in operation. The installation is expected to have an estimated annual output of up to 900,000 kWh.

With an average of 2640 hours of sunshine a year, Turkey offers excellent conditions for solar energy. Due to the fast-growing energy needs of the economically booming country and the rising cost of electricity, it has become one of the most promising new photovoltaic markets. Investment in commercial rooftop systems for own consumption with a power rating of up to one megawatt offer the best opportunities in the short term. The kilowatt-hour of electricity for industrial use currently costs between 8 to 11 cents; since 2006, prices have risen by an average of 11 percent annually . Also, the law was amended on March 2013, which allowed a license-free power generation up to 1 MW turbines, making the country an attractive location for photovoltaics. Anyone who wants to achieve long-term and constant returns, should be very good advice when purchasing machinery and yet take into account the local conditions.

High temperatures, salt water and ammonia resulting from animal husbandry can reduce the return of solar modules. “The temperature characteristic was an important factor in the choice of modules, because the plant is located in the south where in summer, temperatures can go up to 45°C,” explains Ismail Hakki Karaca, CEO of SEISO Solar. The Turkish energy company was commissioned by Solimpeks with the installation of the solar panels on the roof of the factory Mercan Mermer marble manufacturers. Looking for the ideal modules, HIT ® quickly emerged as the best choice for the project because the modules perfectly meet the requirements in terms of efficiency, performance and temperature coefficiency. As they are based on hybrid monocrystalline wafers that are coated with a thin amorphous silicone, they perform considerably better at high temperatures compared to conventional crystalline silicon modules. A big plus on the 2600 square meter roof area of Mercan Mermer factory!

Since the 500 kWp plant will supply energy for the factory, reliability is another point that speaks for the HIT ® modules. The investment needs the plant to perform for many years error-free, so the energy costs are reduced in the long term. In this respect, HIT ® modules are a top choice: with only 0.0034% guarantee cases in more than three million modules delivered in Europe, reliability is not just an empty promise.

Naturally, SEISO Solar was also keen to choose the most efficient modules. HIT solar cells offer maximum performance in minimum space, guaranteed for 25 years. This means reaching a 28% higher efficiency than the market average. Karaca and his colleagues have already been gratified in their trust in HIT: “For the month of June, the system has been performing above our expectations, bringing in 3,77 MWh per MWp”, he explains. “Since 2008, the Panasonic modules have so far achieved the best results from our PV installations in Turkey. We believe in Panasonic for the Turkish market and want to utilize more solar panels with these modules in the future.” The system owners can now look forward to enjoy many advantages – exceptional yield, low power, tax benefits, and of course a good green feeling. 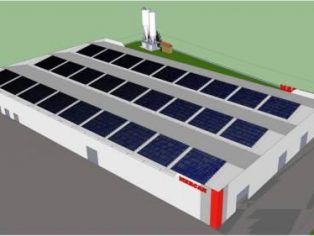 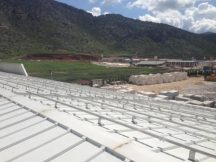 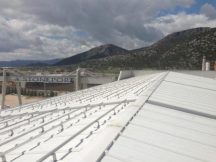 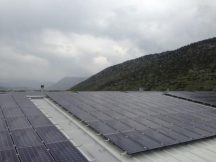 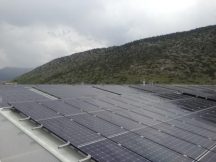