The Institution of Civil Engineers (ICE) has appointed Roland Diffey, Head of Highways at WSP | Parsons Brinckerhoff, to be their national representative on the Highways England Design Panel. This new forum has been set up to help inform Highways England in the design of safer and more scenic road schemes for millions of users in the UK.

The role of the Design Panel, which met for the first time on Wednesday 10th June, is to inform the government’s Road Investment Strategy. Up to 2021, £15.2 billion is to be invested in 112 schemes on England’s motorways and major A-roads in a drive to improve and renew the network for better, greener, and safer roads. The Panel compromises experts from the fields of architecture, environment, heritage, design and engineering,

Roland, who joined WSP | Parsons Brinckerhoff in 1990, has spent more than 35 years working on highways and bridge design in the UK and Ireland. He holds a BSc in Engineering Science from Warwick University and is a Chartered Engineer and Chartered Environmentalist. As Head of Highways at WSP | Parsons Brinckerhoff, Roland is responsible for setting and implementing the UK highways strategy in collaboration with the Director of Highways & Bridges, Steven Smith.

“We’re charged with delivering less congested roads to enable swift, safe and comfortable journeys and it is important to us that our road network fits within its environment.”

“We’ve already got some great road design and this an opportunity for us to take it a step further – to get input from other experts, which can only be good for Highways England as we set off on the road to becoming an exemplar of good design.”

“ICE has led the calls for a longer term vision for England’s strategic road network and supported the reforms that have resulted in Highways England. I am pleased that we have been invited to drive the implementation of the five year plan. Roland brings a wealth of experience and skills to the Design Panel, and is committed to delivering roads that are safer and cause less of an impact on the environment.”

“One of my main priorities on this Panel is to inspire the creation of exemplary road schemes, particularly in sensitive locations, that are integrated with their surroundings while minimizing costs and their environmental footprint. As both a Chartered Engineer and a Chartered Environmentalist this Panel represents a personal opportunity to make a positive contribution to the future of the strategic road network within England. The combination of expertise represented from a wide range of interests, will work to deliver improvements to the future design and legacy of our roads.” 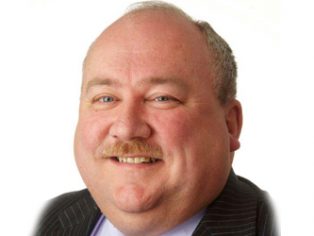