The 2014 RIBA Norman Foster Travelling Scholarship has been awarded to Joe Paxton of the Bartlett School of Architecture, University College London for his proposal, ‘Buffer Landscapes 2060’.

Taking the threat of floods, droughts, melting glaciers and rising temperatures as a starting point, his research will investigate some of the measures taken to mitigate the effects of climate change, such as reservoirs, artificial lakes and rivers – and the opportunities that these landscapes offer for habitation, as well as flood protection. The £6,000 travel grant will allow him to study a range of locations, from Kamerik Polder in the Netherlands to Sao Paulo and Los Angeles, as well as investigating ‘glacier grafting’ in the Himalayas and large-scale flood planning in New York.

During the debate, the jury shortlisted four proposals which were considered worthy of special mention: a study into urban agriculture by Benard Acellam of Makerere University in Kampala, Uganda; an investigation of ‘ghost towns’ by Harry Kay of the Architectural Association in London; ‘The Graveyard Shift’, a spatial and cultural analysis of burial sites by Adam Swinburn of the University of Technology Sydney; and Damian Szyjka of Cracow University of Technology, for his proposal to explore the potential impact of drone technology on cities.

“The high standard of entries led to a lively discussion around several of the proposals, however I congratulate Joe Paxton as the worthy winner. The locations that he plans to visit have been carefully researched and he approaches the issue of global warming and flood protection from an interesting perspective, in looking at the wider opportunities that these resourceful landscapes may present. I am delighted that the scholarship can support him in this valuable research.”

“The RIBA Norman Foster Travelling Scholarship is a fantastic opportunity for students to engage with architecture within the global context. I warmly congratulate Joe Paxton who produced the winning project; this year’s prize has been awarded to a very deserving proposal that engages with a fundamentally important global issue. I look forward to hearing about Joe’s travels and progress on this inspiring project which I hope will make a refreshing contribution to the essential debate on mitigating the effects of climate change.” 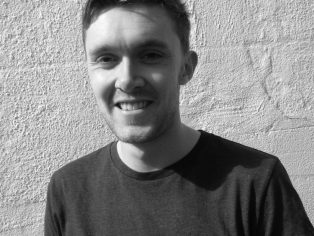