Well that’s a step in the right direction

Over the past few years, the importance of wellness – and the amount of money we spend on it – has been on the rise. Much of this relates to personal wellness, such as healthy eating, nutrition and weight loss. However there is an increasing focus on what effect the built environment has on humans and yesterday the industry took a step in the right direction with the publication of a briefing paper that sets out a streamlined and more efficient way of creating internal environments that enhance occupier wellbeing.

The briefing paper was published by BRE and the International WELL Building Institute (IWBI) and relates to common ground that has been identified between their two building standards – BREEAM and the WELL Building Standard (WELL).

Whilst BREEAM is firmly established as the leading sustainability standard for buildings, WELL is still something of the new kid on the block. A performance-based system it measures, certifies and monitors features of the built environment that impact human health and well-being. Launched in 2014, more than 300 projects encompassing 60 million square feet are now registered or certified under the WELL Building Standard in 27 countries.

At the end of last year One Carter Lane, London become the first project in Europe to achieve the WELL Building Standard – a project that saw QOB Interiors deliver the Cat B commercial office fit out. A challenging project it was delivered to stringent tolerances with a focus on the most sustainable and environmentally friendly materials. To make it more complex for everyone involved, it was delivered to three different standards – BREEAM, WELL and SKA.

Now, thankfully a more efficient way of meeting at least two of these standards has been announced. The paper that was released yesterday follows an announcement last year that an agreement between the BRE and IWBI had been reached to pursue alignments between the two standards. They advised that by January they would announce details of specific BREEAM credits that may be used to demonstrate compliance with WELL standards post-occupation. Now – and true to their word – they have done just that.

The document, (which can be downloaded at: – www.breeam.com/resources) provides guidance on how the process for pursuing dual certification works. It also sets out the areas where WELL requirements are already covered by UK and/or EU regulations, and where these can be omitted from an assessment for buildings undergoing a WELL assessment in these territories.

For me this is a massive step in the right direction. From the experience of working on One Carter Lane, trying to deliver against three different standards – and one that is by and large a US standard – is challenging and time consuming. Recognising mutual credits is logical and something that I’d suggest be adopted by more organisations. It would help to strip out unnecessary complexity, process and cost for many projects.

Whilst WELL is still in its infancy, the understanding that healthy interiors and occupier wellbeing are intrinsically linked and that occupier wellbeing can lead to increased productivity and lower staff churn and absenteeism, is something that I am convinced will gain momentum. One Carter Lane may be the only certified WELL building in Europe but I don’t think it will stay like that for long. 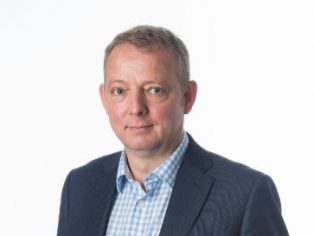