Running 870 miles around the coast of Wales, from Chepstow in the south to Chester in the north, the Wales Coast Path is the overall winner of the Royal Town Planning Institute (RTPI) Awards for Planning Excellence, the premier awards for planning in the UK.

Sir Terry Farrell, one of the world’s leading architect-planners, presented the coveted Silver Jubilee Cup to Natural Resources Wales for their entry at the RTPI awards held Wednesday 10th July at One Wimpole Street in London.

According to the Economic Impact of Wales Coast Path Visitor Spending on Wales published by the Welsh Economy Research Unit the scheme attracted an estimated 2.89million visits between October 2011 and September 2012, expenditure related to the trips was around £33.2million and around 730 person-years of employment have been created.

“The Wales Coast Path is a powerful message about identity. To discover the shape of a nation is a grand statement. Yet for most people who live in urban areas our access to nature is limited and the path gives us and future generations a wonderful resource.

For planners, the project serves as an inspiration. The UK’s coastline is incredibly symbolic and the project demonstrates what can be done elsewhere. The Wales Coast Path has been a partnership of organisations involved all the way through; this has cut across planning roles like no other – from Welsh Government, to local authorities, to community and voluntary organisations and volunteers. The implementation has been incredibly tough and detailed adding up to something substantial in a national context.”

“The Wales Coast Path is a truly sustainable development, integrating economic, social and environmental benefits. As such it has captured international attention, as well as opening up Wales’ incredibly beautiful and evocative coastline to the public and boosting tourism. Planners can be very proud of the Wales Coast Path.”

The full list of category winners in the RTPI Awards for Planning Excellence are below:

Leading the way in Planning for the Community

Excellence in Planning and Design for the Public Realm

Innovative use of the planning process – Plan Making

Innovative use of the planning process – Development Management

Gloucester: The Renaissance of the Docks and Quays; Gloucester Heritage Urban Regeneration Programme

Small Planning Consultancy of the year

Planning Consultancy of the year

Young Planner of the Year 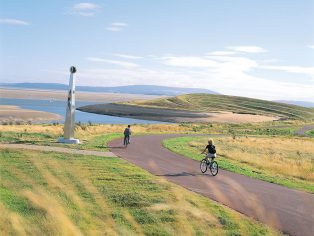 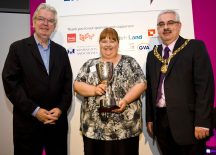