Both the Generator hostel and the Büropark were completed, after a complete overhaul of unused buildings and warehouses.

The Generator hostel was created using an existing office complex. The client brief was to create as many rooms as possible in the existing complex consisting of a listed warehouse building to the back of the site and a slightly uninspiring 90s building to the street. The result was 139 rooms with en suite bathrooms on the upper floors and a total of 578 beds, arranged according to a client schedule of room types; twins and 4-, 6- and 8-bed dorms.

The Büropark saw a complete renovation of a 70s-building originally built for the East German news agency ADN, into a modern office building.

The facility consists of two buildings: a 10-storey high-rise and a 3-storey low-rise. The inner areas of the low-rise were hardly usable due to poor natural lighting – this was remedied through extensive remodelling (removal of ceiling to expose the roof structure, large skylights) transforming the areas into spectacular rooms flooded with daylight and impressive ceiling heights. 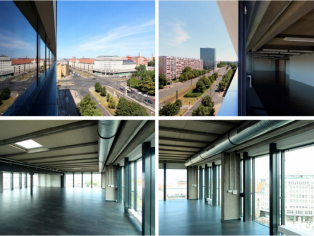 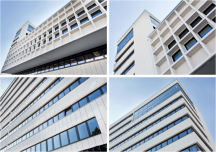 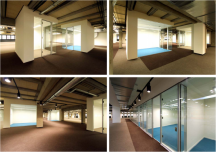 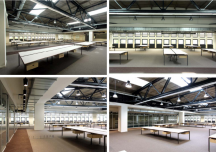 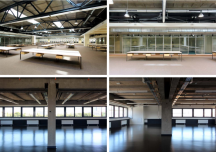