Dr Andy Lewry of BRE Global outlines his strategy for betterintegrated design and build processes that use modelling to address the ‘Performance Gap’.

As we drive the performance of our building stock, it is becoming clear that one of the key challenges we must address is narrowing the gap between design and actual performance. The industry needs support to ensure we use more accurate modelling and data to understand how the building will perform in operation. Without this the gap in performance can be as big as 200-450 per cent greater than predicted.

With project costs squeezed and ‘value engineered’, all too often performance suffers. Allowing design teams more time to spend on modelling and considering how the building will be used by its occupants, rather than imposing ‘default values’ and specification, we will go some of the way to eliminating this performance gap.

When a building is managed effectively, property value is maximised. A high performing building will ultimately generate maximum profit via high and continuous rental income, low operating and maintenance costs and low depreciation.

Modelling tools are used for compliance, which means they use standard default values for the building design. All the operational plant which controls the building is then set at these ‘standardised driving’ conditions and the occupancy density (i.e people versus square metres) is based on industry averages.

As a result these standard default values underestimate the usage by up to 100 per cent. Software is used to meet Building Regulations and energy performance certificates, as well as being used for ranking rather than the operation of the building. When you pass the design stage, it’s essential that real numbers are inputted and this can be done via modelling techniques such as the Green Deal software developed by BRE. This allows users to tailor the usage of the building to match real operating conditions and to work out what it should and shouldn’t be.

The power of management

Building management systems and building energy management systems are powerful tools in helping ensure that buildings are run efficiently and that they provide the desired environment for their occupants. As technology becomes cheaper and advances more rapidly, control systems need to be flexible, upgradable and have the facility to easily communicate and integrate with other systems.

However, care needs to be taken in their operation, and staff using these systems need to be fully trained. Ongoing commissioning and preventative maintenance needs to be carried out to ensure the potentially large energy savings are realised, operational costs are controlled and expensive failures do not occur. End-user needs should be taken into

account, while staff training and awareness-raising should be carried out to get the building’s occupants involved.

Ongoing commissioning is essentially a higher form of maintenance. Maintenance simply deals with faults. It’s also important to consider management issues. Is the right environment being provided? Is it being provided in the proper place? Are systems being switched off at the right times?

If it is not managed properly, the performance gap will only get worse. Modelling doesn’t help with the building in use but ‘baselines’ the building predicted performance. It starts by putting decent controls in place so things are turned off when they are not occupied. Once you have control of the building, you can put the management systems in place so that building is optimised for energy usage.

One of the most important things to remember is that a building is built for its occupants. In terms of costs, staffing is around 95 per cent and workplaces are key to productivity. Any reduction in productivity has a large effect on a business’ bottom line; after all 95 per cent of operational costs are the staff. Buildings need to be efficient, responsive and innovative, which is why it is so important to optimise the environment in first place. It’s imperative that the industry treats the underlying causes and not the symptoms.

One of the main problems is that architects are not bringing the design teams early enough in the design process. The later you do this, the more expensive it gets and reduces the benefits in the long term. By engaging with the performance gap, it’s possible to deliver the ‘triple bottom line’ of people, planet and profit. 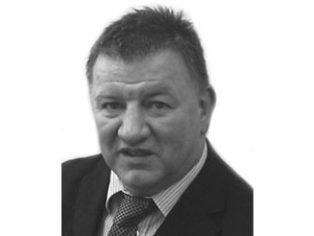