Rory Bergin bemoans the Carbuncle Cup’s lack of seriousness around the long-term importance of buildings – and a narrow focus on their outward appearance.

The announcement of the recent Carbuncle Cup winner was widely covered in the media. It featured a shortlist of buildings voted on by Building Design readers and then crowned by a panel of judges, journalists and architects.

It is a bit jokey, a bit blokey, and the judges’ comments are clearly intended to be amusing. Previous ones included “Phillips shaving aesthetic,” “headache inducing cladding”, and this year it got a bit darker: “balconies an open invitation to suicide.”

The name Carbuncle Cup comes from an infamous remark by Prince Charles.  He compared a carefully considered extension to the National Gallery by ABK to a “carbuncle” on the face of the building. This was a bit rich, given that the National Gallery is an anonymous and uninteresting piece of NeoClassicism whose sole merit is in providing a plain backdrop to the liveliness and intensity of Trafalgar Square. The replacement design by Robert Venturi and Denise Scott Brown is ordinary in the extreme and much closer to the popular idea of what a building in that location ought to be. That doesn’t make it any good, though. The whole sorry story is a salutary tale of the perception of the profession and its vulnerability to uninformed comments which catch the zeitgeist of public opinion.

The award is published close to the Stirling Prize, and aims to counterbalance the high-minded seriousness of that with something that is frankly low-minded and less than serious. Is this a good thing? I don’t think so.

Sir Nicholas Pevsner, when talking about wit in architecture, said that buildings are “too permanent and too serious merely to amuse.” He was really talking about Mannerism, but he could have been talking about Post Modernism, which took the joke much too far. He meant, I think, that buildings are around for a long time, and the ideas that they represent must be capable of standing the test of that time. While many of the Carbuncle Cup winners probably won’t stand the test of time, I don’t think that this is right way to point that out.

The Carbuncle Cup is a piece of froth, it says nothing serious or learned about the buildings it pillories, or the architects that it names and shames. The word pillory is relevant here, as it was a device created to enable the populace to pass sentence on low criminals by throwing rotten food, or worse, at them. It was a means of gaining popular approval by local leaders and enabling the mob to vent their spleens on those who were often even less fortunate than they.

The victims were often maimed and disfigured by the experience. The joke was on them, you might say.

By focusing solely on the appearance of the buildings in this award, and ignoring the content – chasing sound bites rather than attempting to involve or educate – the Carbuncle Cup cheapens us all. Architecture is primarily about creating space for people to inhabit and act within, not about creating objects for them to look at. It is the backdrop to our lives, not centre stage. The more we accept a tabloid-like view of our work, either giving approval or heaping criticism, the less respect we will have for our own work and the work of our peers.

All of this is even more important in the post-Brexit, post-factual world that we currently live in. When so many opinions are half-formed, half-believed and half-baked, we should not settle for less than a fully formed idea to build a building around. Even better, we should have as many ideas as possible and express them as well as we can.

Looking back through the history of London architecture, St Pauls was vilified at first, its sheer size dominating all around it. The Post Office tower followed suit, as did more recently the Walkie Talkie and a number of other Cup winners. As a result of literally putting their heads above the crowd, towers are likely to come in for criticism as they are more visible. It’s a bit like the smart person in a class putting her hand up and answering the teacher’s question, only to be sneered at by the portion of the class which has neither the knowledge or the confidence to respond. Making yourself visible invites attention and criticism.

We live in a time where popular culture is seen, read, digested and forgotten in the same time that it takes to write this sentence. Tweets, snaps, chats, grams, are all sent, exchanged, absorbed and dismissed in an instant. Opinions are formed, take hold and expressed routinely without thought or assessment of the meaning or impact of them. Careers are made and ruined in the blink of an eye. Andy Warhol’s 15 minutes has been replaced with 15 seconds.

Architecture is one of the visual arts, but it is rather different to painting or sculpture, insofar as it cannot be appreciated only through the eyes of the critic – it must be visited and experienced. Towers, to be judged, should be seen from close up and from afar. They are designed to be visible from a distance and their impact should be judged alongside their intent.

Even better, although a distant speck on the horizon, is the idea that we might hear from the users and owners of the buildings before passing judgement on them. Without this important feedback we are simply designing for ourselves and our peers and blissfully unaware of our failings. But all this takes time and effort, and neither are readily available among journalists who are struggling to justify their existence with headline-grabbing material. Today it’s migrants and the EU forcing straight bananas on us, tomorrow it’s the Carbuncle Cup.

Architecture is a long-term business, however. It takes seven years just to get the name, and it takes a lifetime to master. Many of the best buildings that the recent century provided were designed by architects in the latter half of their careers. Fallingwater, Philip Exeter Library, the Farnsworth House, Villa Savoie and many others were produced by mature people with a supporting and critical team. They weren’t invented in moments, produced in seconds and built by the masses, nor was there any desire to be popular by their designers. Popular with other architects perhaps, but not by the populace at large.

Yet, many of these buildings would prove popular with many people, if asked. The best way to judge is by asking them after they have visited the buildings and experienced them. After all, it is the experience that we want to learn from, and not a five second glance at a photograph.

If we want to hear good things about our buildings we are going to have to do our bit. We have to provide the good stories, to do the surveys of tenants and residents, to interview the owner five years after the building is finished. If we want a more generous and learned debate about our work, we have to provide the fuel. If all we want to produce for comment are glossy visuals or photographs from a carefully framed view, with no people to be seen, then that is how we will be judged. We need to move the conversation onto the territory that interests us, or should interest us. How well does it perform, was it good value, are people happy to live or work there?

The Carbuncle Cup should be scrapped, and a better award put in its place. One that rewards experience and timelessness, and which doesn’t aim to  present an opportunity for journalists and trolls to offer cheap shots at an already beleaguered profession.

Rory Bergin is a partner at Sustainable Futures, HTA Design. 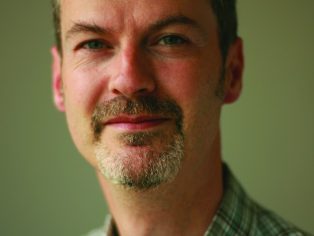