Sussex-based British fan manufacturer Vent-Axia, a leader in low-carbon ventilation, is delighted to announce that its prestigious Royal Warrant has been renewed. Vent-Axia was originally granted the warrant by HM the Queen in 1985 as ‘Suppliers of Unit Ventilation Equipment to the Royal Households’ and has held it ever since. The company is now celebrating having held this high status honour for over 30 years.

Royal Warrants are a mark of recognition to people or companies who have regularly supplied goods or services for at least five years to HM The Queen; HRH The Duke of Edinburgh; HRH The Prince of Wales, or their respective Households. Royal Warrants have always been regarded as a mark of excellence, quality and service and are highly prized. At present only around 800 firms hold Royal Warrants of Appointment.

“We are thrilled to have our Royal Warrant renewed it is a great honour to have this recognition. The Royal Warrant is a mark of excellence which is recognised all over the World and its renewal is testament to our commitment to high quality, innovation and excellence.”

A company steeped in British heritage and innovation Vent-Axia’s is also celebrating its 80th birthday this year. Since 1936, when Joe Akester invented the world’s first electrically-operated, window fan, Vent-Axia has set the standard for ventilation.

A dynamic British manufacturer, Vent-Axia is the ventilation sector’s clear leader, chief innovator and forerunner in energy-saving ventilation. Sir Winston Churchill was one of the company’s first customers with Vent-Axia supplying ventilation for No 10 Downing Street during World War II. Continuing to fly the flag for Great Britain, the company’s innovations are now present in a wide range of landmark projects from buildings in Her Majesty’s Royal Estates to the White House.

Headquartered in Crawley, West Sussex, Vent-Axia continues to set the standard in controlling the flow of fresh air. From volume development to landmark projects, Vent-Axia’s solutions provide reliability and ‘fit-for-purpose’ performance. Each year the company supplies ventilation system solutions for over half a million installations across the residential, commercial and industrial sectors in the UK and around the World. 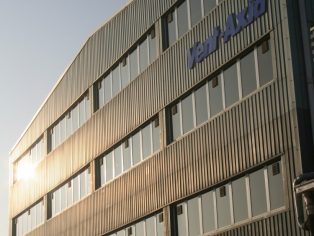