Nick Mellor of the Lift & Escalator Industry Association (LEIA) advises on the latest standards on lift safety, and looks at some of the developments driving innovative solutions in the market

There have been many changes in the legislative background and standards covering lifts, escalators, lifting platforms and associated equipment over the last few years. Following the new BS EN 81-20 in 2017, several standards in the EN 81 family are being revised to keep in step with BS EN 81-20. What does this mean for architects?

The latest step in creating relevant, up to date standards has been the publication of BS EN 81-20, the main safety standard for new lifts in new buildings. This came fully into force on 1 September 2017 and is now the harmonised standard for the design of new lifts. In addition to the main safety standards, there are also standards such as BS EN 81-70 for lifts to access buildings for those with disabilities. This standard has recently been revised. The new EN 81-70 includes details of new car sizes which allow turning by passengers in wheelchairs, new requirements for the light reflectance values (LRVs) at lift controls, and requirements for lifts with destination control using new technology such as touch screens. While BS EN 81-20 covers new lifts in new buildings, there are situations where a new lift in an existing building cannot fully comply. BS EN 81-21 has been revised and provides solutions where the pit depth or headroom available is less than that required on a new build.

Not only are the regulations surrounding lifts changing, but the product offerings and technology are increasingly becoming more innovative and high-tech. Lifts, like other building systems, will increasingly be connected as part of the Internet of Things (IoT). Remote monitoring of lifts is nothing new (there is a standard from the mid 1990s) and many clients specify the use of remote monitoring to give them real time information on the status of their lifts. This provides the possibility for owners and managers to have better data on the availability and usage of their lifts, and on passenger flows in the building. There are benefits also for maintenance by allowing data from the lift to be monitored, and maintenance calls scheduled, to meet the needs of the equipment and minimise disruption. It is also interesting to see that the EC Machinery Directive is being reviewed for the broader implications for AI, IoT, robotics and cybersecurity. Lifts are already very energy efficient due to the drive by many manufacturers towards machine-room-less technology (this becomes housed in the lift shaft) using high efficiency gearless traction machines. Standards such as the BS EN ISO 25745 series now provide a standardised method for measuring and classifying the energy usage of lifts and escalators and are referenced from the BREEAM guide. However, while voluntary schemes such as BREEAM have been quite useful, they can be seen to be prescriptive and include requirements which do not necessarily optimise the energy performance of the building. Traction lifts are inherently energy efficient because they use a counterweight, which balances the weight of the lift car, and a proportion of the lift’s rated load. Hydraulic lifts are often seen as not having such good energy credentials but can use less power during standby making them a viable alternative for shorter travel, less intensively used lifts. The demands of the marketplace and competition between lift manufacturers are set to drive further efficiencies. So, this is one area where the use of statutory regulation is redundant – at least at the level of the lift installation. The key to improving the energy efficiency of lifts is in materials research. So, while the current energy efficiency of lifts owes much to the development of permanent magnets used in lift machines, who knows what material advances we might see in the future?

Liftex 2019 takes place from 15-16 May 2019 at ExCeL, London, and will feature the latest lift technology and solutions. The seminar programme will also address key areas such as legislative changes and their impact on design and specification. For more information visit www.liftex2019.com 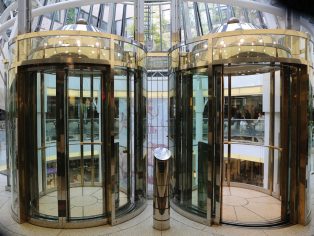 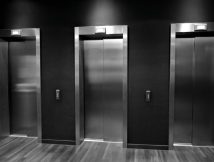