A return to full system efficiency is being celebrated this month by one Midlands University, thanks to a key investment in a range of market leading dirt and air separation and pressurisation units, installed in two of its major plant rooms.

After suffering years of contaminant build up, poor functionality and system blockage in two of its key buildings – MA and MC – the University of Wolverhampton is now reaping the rewards of an installation of Spirotech products; recording an impressive 5-6% energy saving as a direct result of the air and dirt and pressurisation and degassing units being installed.

In 2011, the university embarked on a multi million pound investment in a new state of the art Combined Heat and Power (CHP) system in attempts to slash annual energy costs, make sizable carbon reduction savings and future-proof its energy network – the university is now saving 1000 tonnes of carbon a year compared to the previous systems.

As part of this wider plan, major issues were highlighted with the heating and cooling systems in the MA and MC buildings. Whilst the MC is one of the newest on the campus – built in 2000 – it had long been hampered with blockages in its air handling, low temperature and chilled beam heating and cooling systems; resulting in poor heat transfer and widespread system malfunction.

The MA building was a very different prospect. One of the oldest on campus, dating back to the 1940s, the MA plant room and heating network was dated; its boilers inefficient; and, although it wasn’t experiencing the same level of system breakdown as its younger counterpart, it was in dire need up updating.

Spirotech, the global leader in total heating and cooling system protection and water treatment, was specified for the installation, with the University of Wolverhampton’s Energy Manager, Stephen Cocks leading the project:

“We fitted Spirotech’s SpiroTrap dirt separator in 2012, and a year later a SpiroVent Superior vacuum degasser unit, due largely to the excellent reputation of the company in the UK and also as a result of an Association of University Engineers (AUE) presentation.”

“In MC we identified significant problems with contamination – the filters in the chilled beams and in the air handling units were badly blocked, resulting in severely restricted flow through the reheat battery.”

“In MA, the dated plant rooms were in real need of investment, which meant installing new boilers and ensuring that they worked alongside the older parts of the system that couldn’t be replaced.The key challenge here was to hydraulically separate the old boilers from the new and protect the plate heat exchangers.”

Following installation, the Spirotech kit quickly proved its worth: in MC, heavy contaminant was removed after only a few months and general maintenance was reduced to a monthly basis – the minimal build-up now takes just minutes to clear. In MA, the removal was a longer process, but following 16 month of constant operation, the system is now virtually air free, dramatically reducing the amount of contaminant present.

Mr. Cocks is delighted with the results:

“In both buildings, since the heavy contaminant has cleared, we’ve had no problems with flow rates, heat exchange or blockages. Efficiency has also greatly improved across the board. Importantly, air is no longer allowed to populate the system and the new boilers are protected against the damaging affects of dirt build up.” 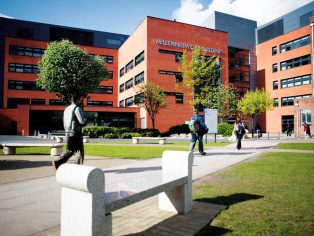