Understanding the difference between ‘non-fragile’ and ‘walkable’ GRP rooflights

Defining non-fragility
Before the HSE introduced the CDM Regulations, they had already done some preliminary work on roof fragility. A simple ‘drop’ test onto a roof assembly was proposed, and if the impactor was retained, then the roof was deemed to be non-fragile.  This testing, defined in “Special Inspectors Report No.30”, was then adopted as being the authoritative definition of non-fragility compliance.

The HSE subsequently recognised that SIR 30 test didn’t cover the full roof assembly or the interface between different components. It was open to variations in the interpretation of the results by those carrying out the testing.  To improve the test,  HSE carried out work to simulate the effect of a human falling on to a roof assembly, recording the impact loads applied. From this they determined that a 45kg sand bag, dropped from a height of 1.2m on to the assembly was typical of a human tripping and falling on a roof.

After several meetings involving all relevant roofing trade associations, the Advisory Committee for Roofsafety was formed and the first definitive guidance document produced; ACR(M)001:2000 Test for Fragility of Roofing Assemblies.

The industry is currently guided by ACR001:2014 “Test for Non-Fragility of Large Element Roofing Assemblies” , known as the ‘Red Book’. It prescribes how a roof assembly should be tested to resist the impact of a person falling onto it, and then supporting their weight, clarifying how the assembly is then defined as ‘fragile’ or ‘non-fragile’, classified A to C. It is important to understand that the test is not of any single product, but all of the elements required of a correctly installed roof.

The impact testing is a ‘soft-body’ test specifically defined to concentrate a destructive load over a small area, at the most critical, worst case scenario locations of that assembly. Only by extensive testing for all failure modes can the tester gain a clear understanding of how and where the assembly will fail.

The application of this test and classification for in-plane rooflights is further defined in the National Association of Rooflight Manufacturers (NARM) Technical Document NTD03, Application of ACR001 ‘Test for Non- Fragility of Large Element Roofing Assemblies’ to GRP Profiled Rooflight Sheeting’.

Non-fragile rooflights
Two factors impact on the period of non-fragility of roof assemblies:

Manufacturers can only indicate the expected period of non-fragility based on extensive testing, and cannot offer performance guarantees on products not manufactured or installed by them. Further guidance is available from NARM and The Metal Cladding and Roofing Manufacturers Association (MCRMA).

Imported GRP rooflight sheets claiming to be manufactured to UK recognised weights and specifications cannot be assumed to carry the same level of surface protection or achieve the same non-fragility ratings for the same periods if not compliant with the UK Annex to BS EN1013.

‘Walkable’ and ‘Walk-On’ Rooflights
Some built-up cladding systems incorporate a 0.70mm thick steel liner sheet in a profile depth usually exceeding 30mm. This liner assembly should be tested to achieve a non-fragile classification as a single skin only, to allow installers to safely traverse it while installing the cladding system – often referred to as a ‘walkable liner’.

It should be noted that profiled rooflight sheets in such an assembly, even though tested and demonstrated to achieve the required non-fragile rating, are still not ‘walkable’ and should never be subjected to foot traffic, regardless of specification.

Rooflights should never be walked on unless specifically designed and approved for this purpose. Irrespective of the strength of a rooflight and the non-fragility classification, foot traffic could damage the structural integrity or surface protection and consequently impact upon the long term performance of the product.

Rooflights designed to be walked on, and for use where they will be deliberately walked on, should be designed for much greater loads -the only suitable material is glass, subject to specific specifications for each application.

Polycarbonate and GRP should never be considered suitable materials for ‘walkable’ applications. 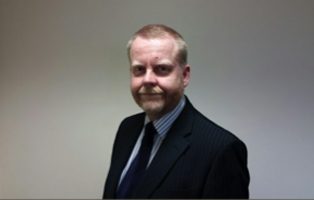 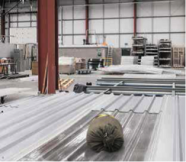 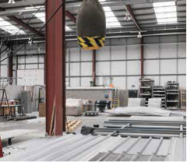