The World Architecture Festival (WAF) is calling for award entries from architects and related design and development professionals throughout the UK to submit their projects by 22 May 2015.

WAF provides not only the chance to win a global architectural accolade, but also opens the door to international media coverage, peer and client recognition, and the potential for exciting new commissions all over the world.

Architects in the UK are invited to follow in the footsteps of last year’s award-winning practices and showcase their talent on a global stage. The quality and calibre of which provided exceptional and highly animated content for three days of live judging critiques – culminating in UK architectural practice Rogers Stirk Harbour + Partners and ARUP Associates, winning the 2014 Experimental Future Projects Award for Skyfarm. Others included Chobham Academy by Allford Hall Monaghan Morris, winner of the Completed Buildings Schools category and McDowell + Benedetti’s Scale Lane Bridge, Kingston-Upon-Hull for Transport.

Skyfarm, an innovative concept design proposal for a vertical farm was created in conjunction with the Expo Milan 2015. The scheme facilitates the cultivation of crops in multi-storey structures within high-density city areas. The concept includes wind turbines and photovoltaic panels together with both hydroponic and aquaponic systems.

A futuristic scheme, which resonated highly with the WAF Super Jury, Skyfarm represents “a thorough, believable and beautiful project,” which could provide a viable solution to food production directly in city areas using natural energy with a carbon zero footprint.

This year’s World Architecture Awards will once again be hosted in Singapore at Suntec City from the 2 – 6 November 2015 – AECOM’s impressive steel-framed Convention and Exhibition Centre. The World Architecture Festival Gala Awards Dinner will take place on the evening of Friday 6 November where category winners will compete for the ultimate accolades of World Building of the Year and Future Project of the Year 2015, which have the power to transform careers, promoting practices to a global audience.

“This is an exciting time for the Awards, with no predictions possible about this year’s result. Since our launch in 2008 we’ve had entries from over 70 countries around the world, and award winning schemes of every shape, size and type. Every year we find new talent competing with established names, and that is a big part of the attraction of the event, not just for entrants, but for delegates too.”

With its debut this year, WAF London will be the first satellite regional event, exhibiting all of the shortlisted entries along with a three-day talks programme, will take place at the University of Westminster from 24 – 27 June as part of the London Festival of Architecture. 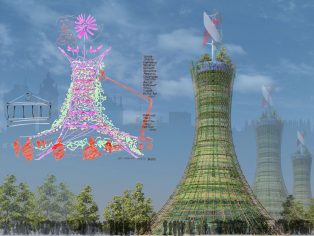