A Restorative Rural Retreat for Sartfell, a striking stone property in the middle of a nature reserve on the Isle of Man and Black House, a cantilevered black timber box in Skye lowered dramatically onto a rocky foreshore – are the third and fourth homes to be shortlisted for RIBA House of the Year 2019.

The first two shortlisted homes were revealed in the opening episode of a special four-part Channel 4 TV series – Grand Designs: House of the Year – broadcast this evening (Wednesday 30 October). The full shortlist of seven homes will be revealed throughout the series, with the winner announced in the final episode, to be broadcast on Wednesday 13 November.

The shortlist for the 2019 RIBA House of the Year is: 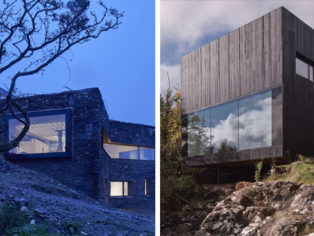