The Towers Debate: Headline event at the London Festival of Architecture 2014

Architects, critics and experts will go head-to-head in this debate about the capital’s hottest topic – London’s future skyline.

The capital’s profile is set to change dramatically, with over 230 new towers due to be built over the next decade. Is this high-rise vision of London’s future the right one for our city and its people?

Kicking off the London Festival of Architecture 2014, NLA, Centre for London and London School of Economics and Political Science are hosting a major public discussion where experts will debate the motion ‘London Needs Many More Tall Towers’. Speakers include Paul Finch of the World Architecture Festival, Simon Jenkins of the National Trust and Evening Standard, Nicholas Boys Smith of Create Streets, Tony Travers of LSE, Rowan Moore of The Observer and Nicky Gavron from the London Assembly.

NLA are also offering an exclusive opportunity to enjoy a tour of several London towers and receive a tour by the very architects that have helped to shape the city. These intimate tours allow guests to gain access to the top of the Heron Tower with KPF and ARUP, the Willis Building with Foster + Partners and see the historic views from the Balfron Tower and Centre Point. 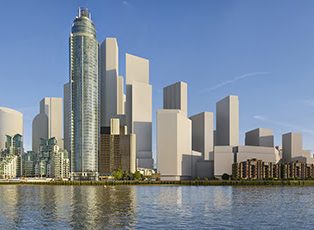