The show can go on, thanks to Wraptite-SA

Supplied by our Australian distributor, Dynamic Composite Technologies,Wraptite-SA is a self adhesive membrane that can fully bond to multiple different substrates to provide a continuous, self-adhered, airtight and water-tight finish.The unique characteristics of Wraptite-SA allow moisture vapour to escape the building interior whilst maintaining the integrity of the airtight building envelope.Wraptite-SA also prevents lateral air movement, further enhancing the buildings overall thermal performance.

The Empire Theatre was built in 1933 at the height of the ar t deco period. In 1996 the Empire Theatre underwent an award winning restoration by Hassall Architects and now boasts of being one of the largest regional performance art centres in Australia. However, as with the restoration of many older buildings, the Empire Theatre was not without its own foibles, amongst them notorious building leaks which thankfully have now been restored thanks to the inclusion of A. Proctor Group’s Wraptite-SA behind its new external facade.

For further information related to the A. Proctor Group’s Wraptite-SA or any of their other product ranges, please visit www.proctorgroup.com. 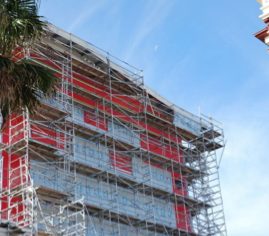 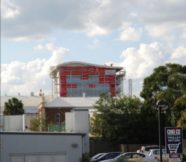 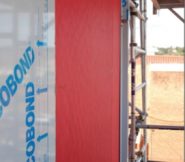