The Shepherds Bush Pavilion- a Grade II listed building dating from 1923- was originally constructed as a cinema. Designed by Frank Verity, it won the RIBA London Street Architecture Award for the best London façade.

Heavily damaged during World War II, the building was poorly repaired, subsequently converted to a Bingo Hall in 1983 and closed its doors for good in 2001, remaining disused for much of the next decade. In 2009 planning permission was granted for conversion into a four-star, 320-room hotel with conference facilities, café, restaurant, bar, retail spaces and a roof-top spa.

Drawing on the influence of Art Deco cinema design, the foyer and atrium spaces employ simple curved surfaces in alternating bands of black and gold. The internally illuminated spandrel panels also minimise sound reverberation. At ground floor level, dark- stained, ribbed timber panelling and heavy curtains serve a similar purpose. The honey-coloured limestone floor is inlaid with brass, in two simple decorative elements. In the main reception, brass strips form a series of concentric circles at the centre of the space, which are reflected in a ceiling coffer above, while in the atrium, the bands define the circulation route from the reception through to the atrium bar. The primary façades have been retained with modifications to bring natural light into the rooms behind. The building features a new glazed roof which follows the curved profile of the original, bringing daylight into the upper floors of the building.

“Our design has been informed by a detailed understanding of the building’s history and context. Our response complements and refines the original character of the building, protecting this important heritage asset, reactivating the streetscape and providing a new point of focal interest on Shepherds Bush Green.”

Flanagan Lawrence is an award-winning, design-led architectural practice based in London. The practice has an impressive collective expertise across a broad range of sectors and building typology, including large-scale commercial projects and high-end residential schemes, as well as cultural, hotel and leisure, education, infrastructure, logistics, business parks and major masterplanning projects both in the UK and internationally.

Flanagan Lawrence has worked with a diverse body of clients in both the private and public sectors. 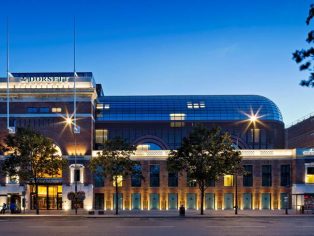 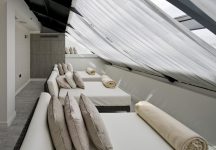