The Shard, London, has been awarded Major Building Project of the Year (over £50million) at the British Construction Industry (BCI) Awards 2013.

Announced at a ceremony at the Grosvenor Great Room, Park Lane, London, on a night where Park House was shortlisted for the same award.

The BCI Awards are an established and coveted industry accolade recognising overall excellence in the delivery of building and civil engineering infrastructure projects. The Major Building Project of the Year award is recognised industry wide and adds to The Shard’s awards portfolio, which also includes accolades in engineering, best industry practice and health and safety.

“The Shard is impressive because they got the details right in the planning, design and construction. As a result it made the whole project look simple when, in reality, it was immensely complex.”

“The Shard winning the BCI Major Project of the Year is a remarkable achievement for what is an outstanding and iconic building that will play a major part of the London skyline for many years to come. Being recognised in this way is the culmination of many years work and is a credit to the whole team who all worked tirelessly to deliver this remarkable scheme.” 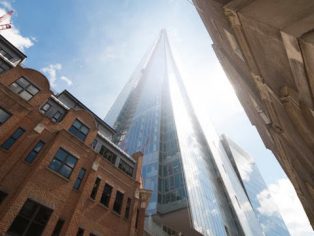