The new Tate Modern will open to the public on Friday 17 June.

The Switch House building is designed by architects Herzog & de Meuron, who also designed the original conversion of the Bankside Power Station in 2000.

The new building increases the size of Tate Modern by 60 per cent and offers a huge new variety of experiences for visitors, including space for live art, large-scale sculpture and site-specific installation art space – the Turbine Hall – and a panoramic public viewing terrace.

To celebrate the opening, the new Tate Modern will stay open until 22:00 this weekend for a series of special events. The centrepiece will be a specially-commissioned choral work by artist Peter Liversidge, performed at 17:00 on Saturday 18 June by over 500 singers from community choirs across London.

Free screenings of film and video works from Tate’s collection will be held throughout each day in the newly refurbished Starr Cinema, while special events for young people and families will take place across the weekend.

Digital technologies are now more fully integrated into the experience of Tate Modern than ever before. In partnership with Bloomberg Philanthropies, Tate has created new interactive spaces and an innovative new app to bring the museum’s collection to wider audiences in new ways. These are joined by the Timeline of Modern Art touchscreen and the popular Digital Drawing Bar, as well as Tate Shots, the hugely successful online series of weekly short films.

Before the opening, 3,000 UK school children will be the first members of the public to see the new Tate Modern at a special preview on Thursday, 16 June 2016. 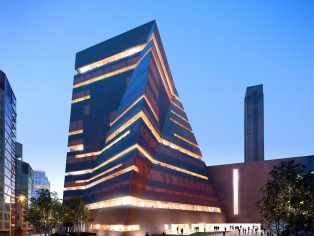