The London Festival of Architecture (LFA) is 10 years old and its role within the UK architectural scene is growing. The annual, city-wide festival features over 150 activities taking place throughout June 2014. This year’s theme CAPITAL provides the framework for the festival to explore London in its role as a major architectural capital, covering culture, people, the economy and the environment.

The LFA is delivered through a programme of events organised by London’s leading cultural and academic institutions – including the Royal Academy of Arts, Design Museum, Serpentine Galleries and National Trust – as well as associated projects by architects, artists, designers and curators.

Under the stewardship of its new Chair, Patricia Brown, the LFA reflects London as a focus of international architectural practice. The Capital is a melting-pot of talent and diversity – from both the UK and the global community – and LFA 2014 provides the opportunity to showcase this to the public, as well as generating debate and engagement with the profession. Issues covered in-depth by this year’s festival will include housing and tall buildings, with events and activities designed to put these subjects on the political agenda.

As well as one-off events, the festival will also feature a range of headline projects such as:

“London is seen as one of the key cultural hotspots in the world but, so far, architecture is not readily viewed with the same significance as, say, the arts, theatre, film or music. The festival and its activities help to reveal the contribution of architects and the ‘ecology’ of professions working within the built environment to the cultural landscape of the UK.

Moreover, many in the profession are leading the way on projects that have real impact on the quality of life of Londoners and their experience of the capital.” 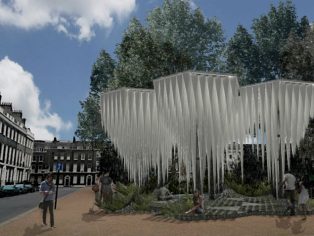