The hierarchy of wood use manifesto

We believe that there is no such thing as waste wood, only different ways to waste it. We also believe that climate change is real. Wood can be used, reused and recycled several times.

But it can only be burned once.

And that releases carbon dioxide immediately. Which fundamentally contributes to the escalation of climate change. Yet the government continues to incentivise power generation companies to use wood as a fuel before it has had a useful life elsewhere.

This enables them to outbid those companies that use wood to create products.

We believe that government policy toward wood should incentivise its use, and re-use, BEFORE it is burned for energy. Current policy instruments are too blunt and consequently have significant unintended consequences. They need to change.

The ROC (Renewable Obligation Certificate) process by which the energy companies are incentivised towards green energy sources, makes no differentiation between wood and other renewable sources such as wind, wave and solar. They are paid by Megawatt of production.

This is seriously flawed. Wood is a limited resource for which there is a range of alternate uses, and a market. Wind, wave and solar are infinite, free, and have no alternate use. Wood stores carbon and is adaptable to multiple applications, and as such has both environmental and economic benefits.

At the end of its useful life, and once reuse and recycling opportunities have been exhausted, wood can then still be burned for energy recovery. The UK has a very limited wood resource and a significant processing sector. Much of the current “wood basket “is used by the wood panel and sawmilling sectors. And in the process, locks up the carbon it stores for many decades.

But at least 90% of the wood for the growing number of sub-50MW biomass plants in the UK is expected to come from UK sources. This is a disquieting fact because the UK’s wood resource is limited. The bottom line is that the power industry has the potential to burn millions of tonnes of the UK’s wood annually if they are not discouraged and the incentives abandoned.

How does the hierarchy of wood use work?

A hierarchy of use is defined as multiple usage of wood resources by using residues, recycling resources or recovered (collected after consumption) resources.

More than 5,000 different products including resins, glues, cosmetics, medicines and food are produced from the harvesting of forests.

Lumber can be used in carbon-storing building materials and wood products which are far more CO² efficient than in the production of bricks and steel. Wood chips, sawdust and recycled wood can be used in the manufacture of wood-based board and other end products, locking up the CO² for even longer – potentially decades.

That’s why we believe that the value of wood should not go up in flames before it has had many other uses.

Waste not, want not.

The hierarchy of wood usage has economic benefits:

An independent study* shows that converting wood to energy would create 20.1 billion euros value, while when using the same amount of wood as a raw material first and for energy production last, the value is estimated at 97.1 billion euros – nearly 5 times better value than just burning the wood.

It also has environmental benefits:

Increasing the global volume of ‘wood storage’ (in manufactured items) will reduce CO² in the atmosphere, whereas burning will increase CO² in the atmosphere dramatically and immediately as it is burned. Large scale burning of wood of any kind, whether virgin wood, wood fibre or pre-used wood should be the last usage because burning releases locked up CO² earlier than is necessary.

Thus the hierarchy of wood use is also a sensible way of reducing climate change.

We call upon the government to enshrine the hierarchy of wood usage in law – let’s not waste this precious resource and increase the speed of climate change.

* Pöyry 2012, Employment and Value added – a comparison between the European pulp and paper industry and the bioenergy sector. 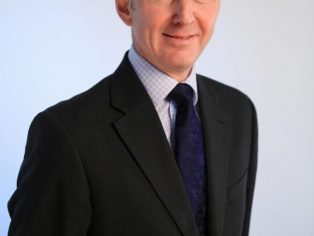