An exhibition will explore the past, present and future of London’s streetscapes through a series of images and videos.

“Streets Ahead:  The future of London’s roads”, presented by New London Architecture (NLA) with Transport for London (TfL), will offer an in-depth exploration of a range of proposals aimed at radically reshaping the city.

Models, renders and videos will offer a glimpse into future London.

“Streets define the character and quality of a city and are key to the health and wellbeing of its citizens. We must keep this in the forefront of our minds as we face a period of major change in the way we use our roads.”

Through extensive set of talks, site visits and seminars, the exhibition will cover the role that roads and streets play in people’s lives, the economic growth of the city, the effect on Central, Inner and Outer London, concerns about the environment and our health; as well as technological innovations.

Longer-term plans will envisage dramatic potential changes to city infrastructure and lifestyle with tunnels dissecting through London; driverless cars winding through the streets of the capital; drones replacing delivery services; and highways converted into parks and public spaces.

“This exhibition will help to spark debate and generate ideas for new and improved ways we can travel, by vehicle, bicycle and on foot, as well as highlight the progress we’ve made to use technology and other innovative tools to best utilise our roads and streets.”

The exhibition is running from 27 January to 24 February 2016 in the NLA Galleries at The Building Centre. Visitors will be able to pose questions directly to TfL and vote on key topics and debates. 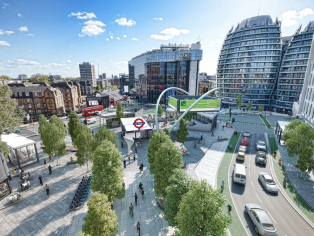