Engineering, environment and design consultancy Sweco has been named as one of the top 24 global providers of environmental consultancy services for the first time, further highlighting the company’s continued success.

The 2016 Environment Analyst ‘Global 24’ Environmental Consultancy report, based on 2015 financial result, named Sweco as the 13th largest environmental consultancy in terms of revenue in the world.

The team was appointed to the Green Investment Bank’s technical advisory panel and provides environmental consultancy and technical due diligence services for a number of renewable energy clients and investors as well as supporting its energy division in the delivery of more than half of all on shore wind farms built in the UK.

“We are delighted to feature in the ‘Global 24’ Environmental Consultancy List for the first time. Our inclusion is testament to our strength and depth in this sphere as part of the Sweco group and further underlines our success and continued growth in both the UK and globally.

According to the report, the growth in the market was due to strong demand for infrastructure development in Western Europe, which experienced a 4.9 per cent increase in environmental consulting revenue.

Sweco launched in the UK in April 2016, following its acquisition of Grontmij in October 2015. The consultancy employs 800 people in the UK and advises on major projects. Sweco has its headquarters in Leeds and consults nationwide via its network of offices in Bristol, Cardiff, Edinburgh, Glasgow, London, Maidenhead, Manchester, Newcastle, Peterborough and Solihull. 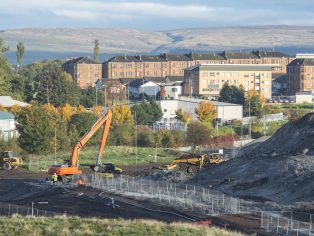