The detailed repair and maintenance work undertaken by a member of the Steel Window Association on Bush House, part of a former broadcasting premises on London’s Aldwych, has not only helped restore the appearance of the facades; it has seen the specialist contractor rectify wartime bomb damage and preserve a system of antique bronze postboxes.

Croydon-based, Associated Steel Window Services (ASWS), is widely experienced in such work and had successfully completed a similar contract on Phase 1 which addressed the central and north-eastern blocks now occupied by Kings College University. ISG was the main contractor for both phases.

Working floor by floor across the ten-storey building, ASWS set about removing excess paint from all of the old W20 steel windows and demounting all of the original ironmongery for repair and lubrication. This included handles, stays and the brass ‘budget’ locks while some of the more badly-worn hinges had to be replaced with ones from the contractor’s stock of replicas.

In total, 500 opening lights across 189 windows and 22 sets of double doors were treated. Any areas where the frames that had been taken back to bare metal were spot primed, and prepared for repainting by ISG’s decorating sub-contractor.

Ironically, while ASWS was required to remove 3,000 sheets of film from the inside of the single glazing, the project also revealed that some of the frames on the Aldwych elevation had been pitted by a Luftwaffe bomb during the blitz while several of the street level shop frontages had also been distorted by  the blast. These were taken away to the ASWS workshops to be painstakingly straightened and have new sections fitted where necessary.

Commenting on the success of the project, ISG’s contract manager, Kevin George said, “As is common on such projects, ASWS was further called upon to carry out restoration of architectural metalwork around the historic interior to the old BBC premises. This included careful cleaning and polishing of the building’s internal post system where chutes connect the basement sorting room to boxes on the stair landing at each floor. These are marked as either “London & Abroad” or “Country”.

Members of the Steel Window Association offer a UK wide service for the repair and replacement of various types of old metal windows, doors and screens, as well as being able to manufacture new fenestration which fully meets the requirements of the Building Regulations. Choosing an SWA member to manufacture and install your steel windows and doors ensures that you are receiving the highest standard of fabrication, installation and customer service.

For further information on the Steel Window Association, please visit www.steel-window-association.co.uk or call 020 8543 2841. 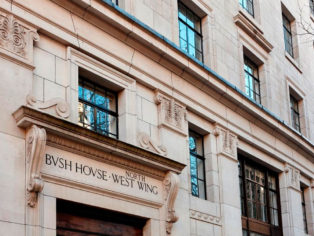 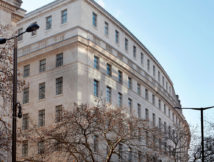