The scheme for developer Hammerson won the Shopping Malls category, an award strongly contested by 8 shortlisted projects from around the world.

Featuring a 10-screen multiplex cinema, bowling alley, 24 restaurants and cafés, a new public plaza and esplanade, Watermark is the first of a two-part redevelopment of a key area within Southampton’s town centre.

Underpinned by Southampton City Council’s aim to reconnect the city to the sea, the overall design vision for Watermark WestQuay is to embrace the city’s ancient maritime and industrial history.

Completed in April 2017, the new shopping mall sits adjacent to the city’s older WestQuay Shopping Centre, with the lines of its contemporary design drawing the development towards the sea.

Watermark’s landscape concept likewise responds to the significance of the site, acting as the connecting line between sea and land. It centres around a new public plaza, flanked by the city’s Town Walls and a set of tapering steps leading down from a lower promenade, creating a natural auditorium in which to host a range of events. Open 24 hours a day and lined with restaurants and cafes, the new public realm ensures that the scheme is fully integrated into the fabric of the city.

The Prix-Versailles World Architecture Awards were held at UNESCO Headquarters in Paris, France, in May 2018.

“Working with the team, our aim was to re-establish the former Pirelli tyre factory as a dynamic quarter to reconnect the city centre with its historic maritime past. The public realm space reimagines the former line of the foreshore which is used to abstractly define a new destination space. This creates an exciting and vibrant link that celebrates and incorporates the contemporary with the ancient town walls as a major asset to the scheme.” 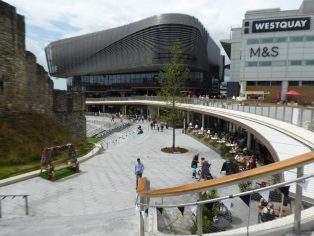 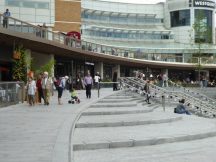