House Lessans, a sophisticated rural home in Northern Ireland built using the most basic of materials and, Secular Retreat, an enigmatic and sculptural home on a remote Devon hilltop – are the fifth and sixth homes to be shortlisted for RIBA House of the Year 2019.

The shortlist for the 2019 RIBA House of the Year is: 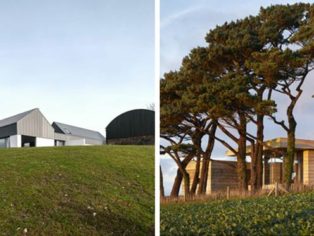