Su and Carl are both vastly experienced having designed and managed hospitality projects across the globe. Over the last 25 years they have delivered an array of luxury projects including both new build and refurbishment schemes in city center locations and deluxe resorts, working for many of the world’s leading hotel brands.

“At HKS, we believe in taking an integrated approach to interior design, bringing together interior designers with architects, urban designers and other disciplines, to create spectacular schemes for our clients around the world.”

“The combined expertise of HKS’s existing hospitality interiors group in the United States, headed by Mary Alice Palmer, Principal and Director of Global Hospitality Interiors along with the London team that Su and Carl are here to establish will, we believe, form a world-leading capability in this field.”

Su has worked extensively throughout Europe, the Middle East, Asia and Indonesia as Principal in charge of a variety of luxury hospitality projects. Recent key projects include the Four Seasons Bodrum, the Waldorf Astoria Amsterdam, the Langham Sydney and the St Regis Osaka.

Carl has over 20 years’ experience, specialising in luxury hospitably design. Carl has worked on a variety of new build hotel developments and listed renovations and has recently been lead designer on The Mandarin Oriental Dubai, The Langham Hong Kong and the St Regis Langkawi.

The London studio of HKS is currently working on several significant schemes including AMAALA, the development of three resorts on the Red Sea in Saudi Arabia as well as hotels and resorts in Malta and Morocco. 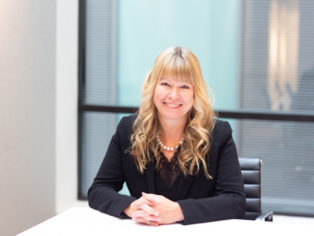